Mastermind of July 15 coup attempt was guest in Gülen’s US residence, document shows 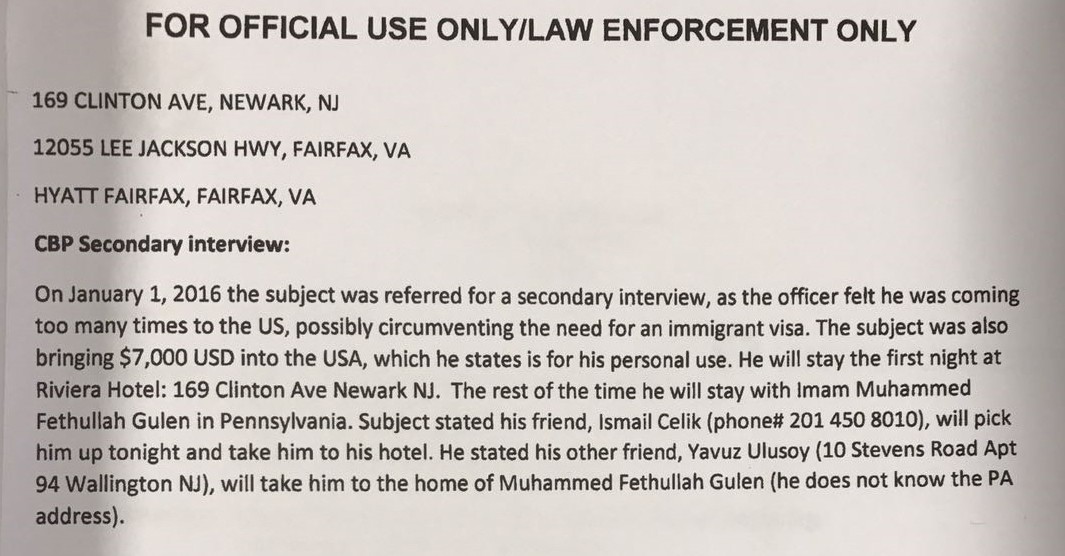 A rare assistance from the U.S. may help implicate a key coup figure as a Homeland Security document confirms that Kemal Batmaz was lying when he told a court he did not meet Fetullah Gülen

A U.S. document that only recently surfaced has confirmed that Kemal Batmaz, one of the masterminds of the July 15 coup attempt, stayed in Gülenist Terror Group (FETÖ) leader Fetullah Gülen's residence in the U.S. six and a half months before they tried to overthrow the government.

Batmaz and Adil Öksüz, two civilians believed to have directedsoldiers on behalf of FETÖ, were caught by CCTV cameras at the 143rd Fleet of the Akıncı Air Base, the command center of the putschist soldiers, on the night of July 15. Öksüz managed to flee after a controversial court ruling ordered his release, while Batmaz was jailed.

According to the official document time stamped Jan. 1, 2016, which was released by Turkish daily Hürriyet's columnist Sedat Ergin and later published by Anadolu Agency, Batmaz told American officials questioning him at New Jersey's Newark Airport in the U.S. that he "will stay with Imam Fetullah Gülen in Pennsylvania" during his visit to the country.

After his frequent visits to the country raised suspicion among the customs and border guard officers of the Department of Homeland Security at passport control, an official took Batmaz in for a detailed interview to question his intentions to come to the U.S.

The document in question is a summary of his interview recorded by the authorities at the airport.

The document, which was sent by the U.S. Department of Homeland Security to the Turkish General Directorate of Security on September 8, 2017 and delivered as evidence to the 17th High Criminal, is one of the most important evidences that directly links the coup attempt with Gülen. 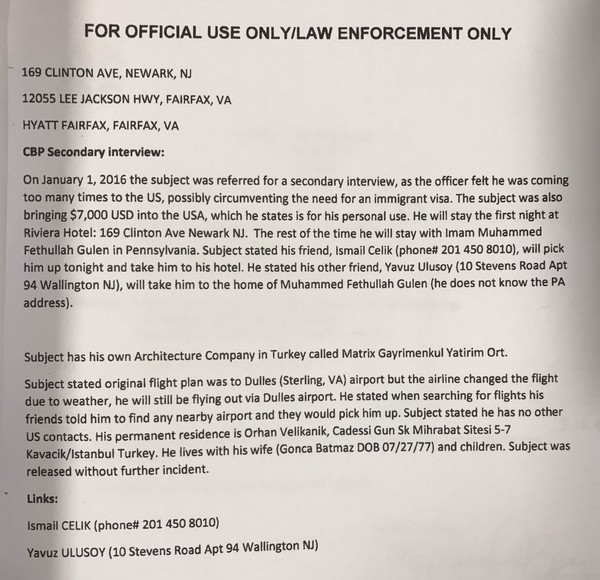 The recording also shows that Batmaz had a stopover in the U.K. before flying to the U.S. on Jan. 1, 2016, which is an important detail missing in the bill of indictment issued in the Akıncı Air Base case. The indictment only states that Batmaz left from Istanbul to go to the U.K. According to the indictment, Öksüz, another key figure in the coup attempt, had also gone to the U.K. the day before Batmaz went to the U.K., which raises suspicions that he too could've flown to the U.S. via the U.K.

The airport document is also important as it refutes the statement Batmaz gave after he was caught, in which he asserted that he did not know Fetullah Gülen.

Batmaz told the prosecutor's office on October 18, 2016 that he did not know Gülen personally, but knows him from the media.

Batmaz, a former executive of Kaynak Kağıt, a paper company that operated one of the largest business conglomerates affiliated with the terrorist group, told a court trying him and dozens of others last August he was near Akıncı to see a plot of land he planned to purchase in the company of Harun Biniş, another employee of a FETÖ-linked company. His excuse for being near the base was the same as Öksüz who claimed he went to an area near the base for a plot of land he planned to purchase when he was captured. Batmaz had also flatly denied that he was in the security camera footage despite multiple expert witnesses and high-definition footage taken from security cameras showing it was clearly he walking freely in the aisles of the military base. At one point in the footage, Batmaz even nods when a putschist general gives him a military salute.. 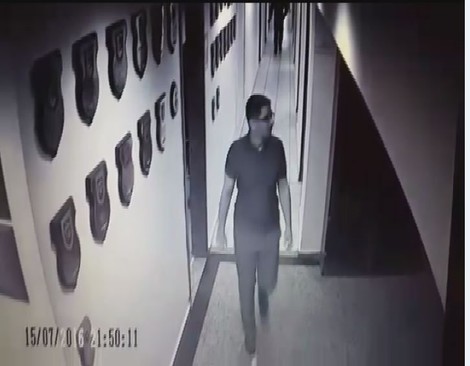 Most fugitive FETÖ members have been sighted in the U.S., while two high-profile prosecutors linked to the group are believed to be in Germany.

Zekeriya Öz and Celal Kara, who were behind several sham trials orchestrated by FETÖ designed to imprison its critics, are in the German city of Freiburg, according to Turkish media outlets.

Ankara has repeatedly asked the United States to extradite Gülen and, at one point, to arrest him to prevent his escape, but officials complain of a slow process in the case. Ankara says "85 boxes of concrete evidence" were sent to U.S. judiciary officials about Gülen and his network's culpability in the coup attempt.

The FETÖ is accused of conspiring against the state, wiretapping thousands of people including government officials and encrypting phones. The organization has been labeled a threat against the country's national security.