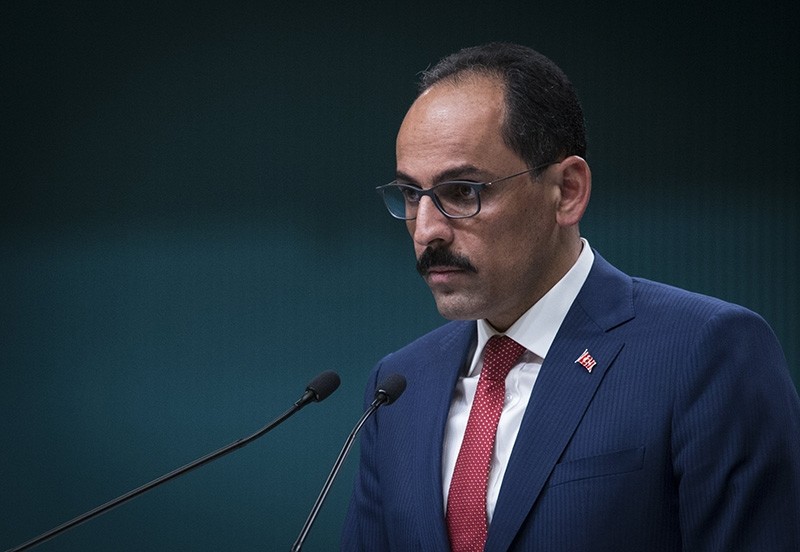 Speaking at a live interview, Kalın said that Turkey will carry out an operation when it deems its national security is being threatened by outside actors.

"We may intervene if necessary, all preparations for a cross border operation are complete" he noted.

Even though it is speculated that Ankara may find its way through negotiations with the Kremlin and Tehran on Afrin, the YPG relies on the United States for help.

In spite of Ankara's changing alliances in Syria over the years, the Turkish government's determined stance to not let the PKK-affiliated Democratic Union Party (PYD) form an autonomous "terrorist state" along its southern border has remained the same.
Afrin has been dominating Ankara's agenda for a long time. Determined to drive the YPG from the strategic town, the Turkish government has tested the waters. At the time, sources told Daily Sabah that Afrin could be handed over to Turkey, but Ankara has to take some concrete steps first in other parts of Syria for the Kremlin and Tehran to act. "If Turkey can achieve to convince the opposition to withdraw from some areas in the south, Iran and Russia may keep silent over the handover of Afrin," they said.