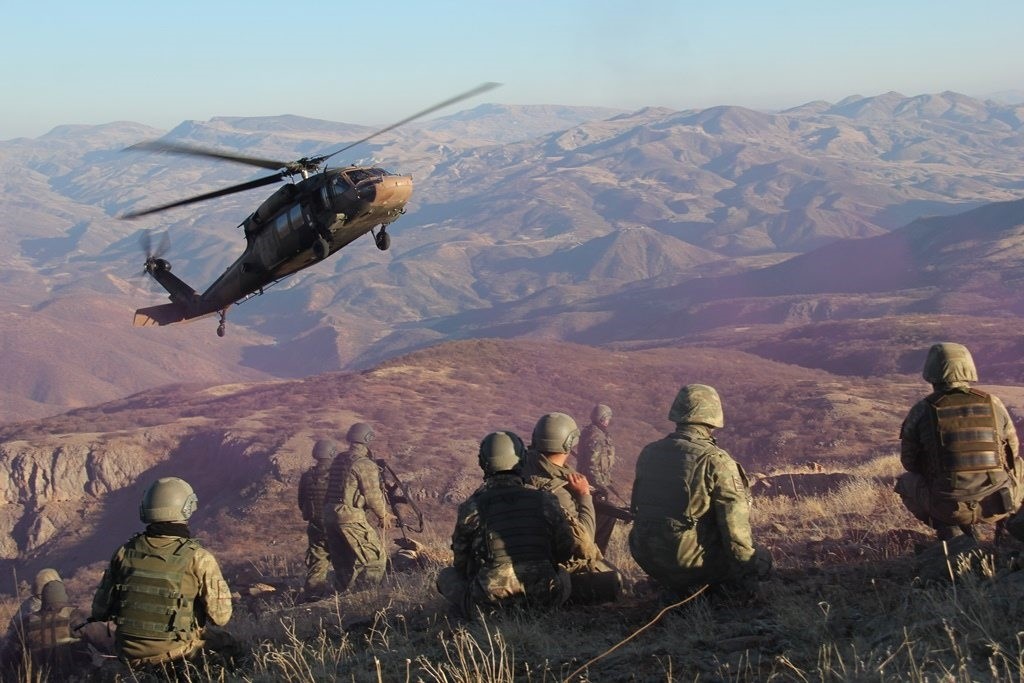 At least 68 PKK terrorists were killed in counterterror operations in Turkey over the last week, the Turkish military said Friday.

According to the statement released by the Turkish Armed Forces, the operations were mostly conducted in the southeastern provinces of Hakkari, Şırnak, Siirt and Diyarbakır -- the route the terror group uses to get into Turkey from northern Iraq and Syria.

13 Turkish soldiers were killed and 23 others were injured during the operations, the statement added.

62 shelters used by the PKK were destroyed and five vehicles seized, while 22 improvised explosives and 68 infantry rifles and guns were recovered.

The PKK -- listed as a terrorist organization by Turkey, the U.S., and the EU -- resumed its armed campaign against Turkey in July 2015.

Since then, it has been responsible for the deaths of more than 1,200 Turkish security personnel and civilians, including women and children.