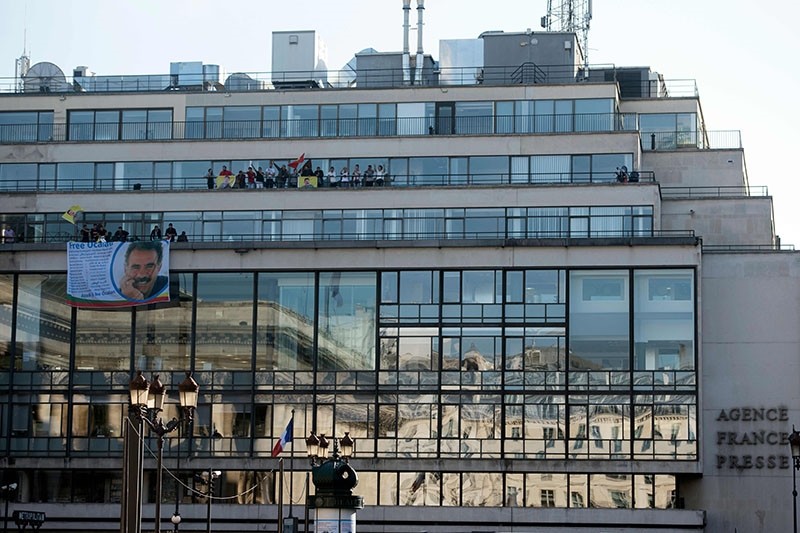 Terrorist PKK supporters wave flags and banners picturing jailed terrorist leader Abdullah u00d6calan as they take part in a demonstration on the balconies, after invading the headquarters of AFP in Paris, on October 15, 2017 (AFP Photo)
by Anadolu Agency Oct 15, 2017 12:00 am

A group of PKK terrorist organization's supporters Sunday hung a poster of its convicted leader on the Paris headquarters of a major news agency.

Following a march with the chanting of slogans and carrying banners showing Abdullah Öcalan, the jailed leader of the terrorist PKK group, the protestors stormed into the headquarters of Agence France Presse (AFP).

A banner of Öcalan was then hung from the headquarters balcony.

After over an hour of chanting and a meeting with the agency's editors, the demonstration ended.

There were no apparent security measures taken during the demonstration.

The PKK is classified as a terrorist group by Turkey, the U.N. and the EU.

Turkey has long complained that despite the PKK's banned status, European countries allow it to operate with impunity on their soil.