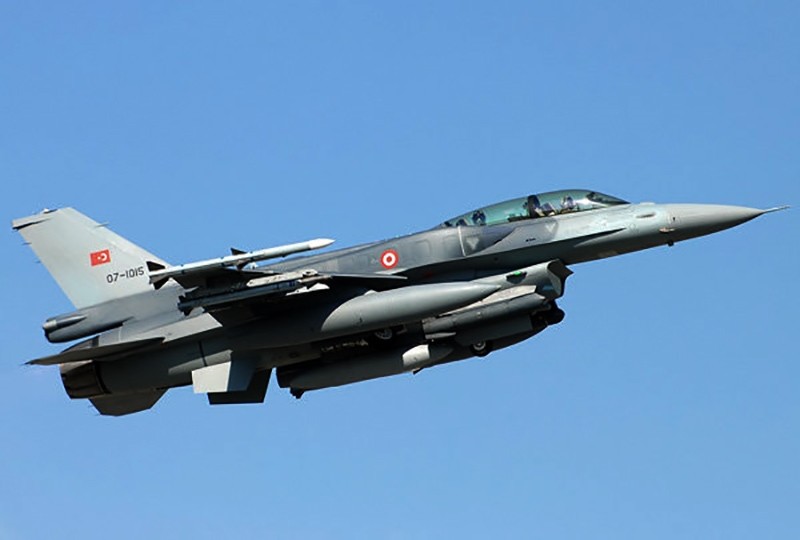 At least eight PKK terrorists were killed in airstrikes carried out by the Turkish Air Force in northern Iraq, the military said Friday.

In a statement, the Turkish General Staff said the operation was conducted in the Avashin-Basyan region Thursday.

The armed terrorists were preparing for attacks on military bases and patrol stations along the Turkish-Iraqi borderline, it said, adding that security forces also destroyed 11 handmade explosives in controlled explosions in northern Iraq's Zap region.

The Turkish military also revealed that a total of 66 PKK terrorists, four of whom were on the wanted terrorists list of the Interior Ministry, had been killed between Oct. 26 and Nov. 2.

It said the counter-terrorism operations were also carried out in Turkey's eastern and southeastern provinces of Hakkari, Tunceli, Siirt, Diyarbakır, Erzurum, Ardahan and Kars.

The military said nine soldiers were martyred and 11 others sustained injuries during the operations.

A total of 10,764 people were held in the same period for their attempts to enter Turkey through illegal ways, it added.

Airstrikes on PKK targets in southeast Turkey and northern Iraq, where the terror group has its main base in the Qandil region near the Iranian border, have been carried out regularly since July 2015, when the PKK resumed its armed campaign.

The PKK — listed as a terrorist organization by Turkey, the EU and U.S. — has killed more than 1,200 Turkish security personnel and civilians since taking up arms again.

In its over three-decade terror campaign against Turkey, more than 40,000 people have been killed.