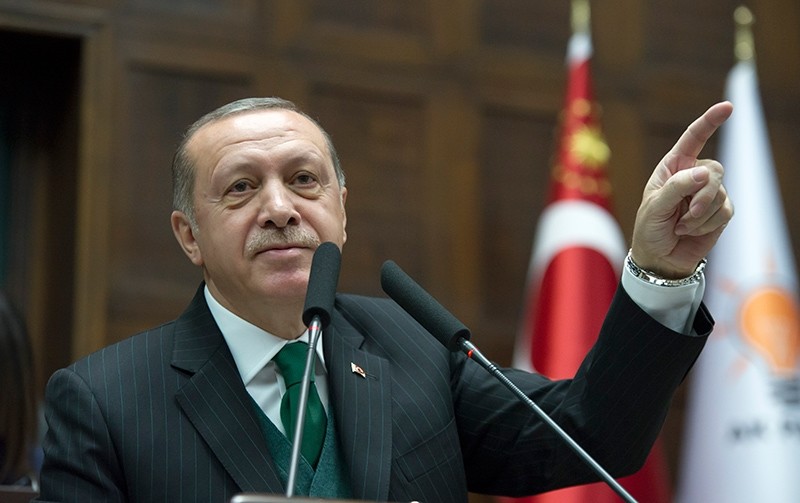 "We are going into winter season. There is no such thing [stopping the operations]," Erdoğan said in Justice and Development Party's (AK Party) parliamentary group meeting.

"The operation is continuing. We will not stop. We will push them. Nobody should feel offended," the president added.

His remarks came several days after seven soldiers and two village guards were killed in clashes with PKK terrorists in the southeastern province of Hakkari.

Meanwhile, the Interior Ministry announced Tuesday that at least 46 PKK terrorists have been killed in military operations in eastern Turkey.

He said PKK is a tool of foreign powers to disrupt peace in the region, while Daesh is a bloody terrorist organization irrelevant to Islam.

The PKK — listed as a terrorist organization by Turkey, the U.S. and the EU — resumed its armed campaign against Turkey in July 2015.