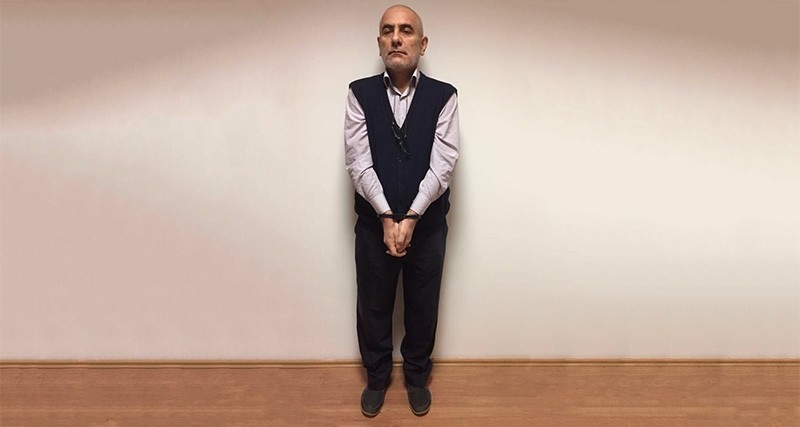 A senior Gülenist Terror Group (FETÖ) figure, responsible for the group's finances has been captured by the National Intelligence Organization (MİT) in a joint operation with Sudanese intelligence, security sources said Monday.

Two months ago, a special team of intelligence officials determined the whereabouts of Memduh Çıkmaz, who is referred to as the "safe box" of FETÖ.

He was sought with an arrest warrant for "leadership of an armed terrorist group."

Çıkmaz was immediately brought to Turkey after the operation, sources said.

A security official who spoke on condition of anonymity to state-run Anadolu Agency (AA) said the MİT pinpointed Çıkmaz's whereabouts two months ago. AA reported that the agency created a team of specialists to track down FETÖ members who have fled abroad before and after last year's deadly coup attempt by the group's infiltrators in the military.

Çıkmaz has interests in petrol retail and brick production. A native of the central province of Çorum city, he left for Sudan in January 2016. The security official said Çıkmaz had transferred millions of dollars to FETÖ from Sudan.

He had also collected "forced" donations to FETÖ, for the personal use of FETÖ cadres.

Çıkmaz appeared at a court hearing in Çorum via video link as he was being transferred to Bakırköy Court in Istanbul from the city's Atatürk International Airport.

It was unclear exactly when he was arrested but Sudan's National Intelligence and Security Service is believed to have assisted in his arrest and repatriation.

When asked in court his place of residence place and occupation, Çıkmaz said he had been living in Khartoum and was a partner in a brick factory.

The court remanded him in custody, saying there was "strong evidence of crime" and suspicion "he may flee".

Gülenists operate a vast network of schools and charities as well as finance illegal activities with funds supposedly collected for charitable purposes. Though wealthy members of the movement personally finance FETÖ, some businessmen are believed to have been forced to pay "donations" after they were blackmailed by the group.

Turkey accuses FETÖ of launching the coup attempt on July 15, 2016, which led to the deaths 250 people and left more than 2,200 others injured.