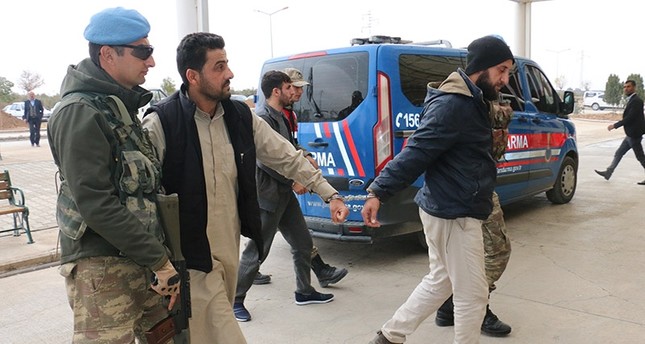 During an anti-terror operation in Şanlıurfa, a Syrian national, who is an alleged "prosecutor" of Daesh in Syria's Raqqa province, was arrested, according to a written statement by the city's police department.

He was later sent to a court in the city and was remanded in custody for "being a member of an armed terrorist organization."

Separately, two Iraqi nationals -- Nawaf Mohammed R. and Muayad R. -- were remanded in custody in northwestern Bolu province, a security source, who asked not to be named due to restrictions on talking to the media, said.

More than 300 people have lost their lives in Daesh-claimed attacks in Turkey, where the terror organization has targeted civilians in suicide bombings, and rocket-and-gun attacks.

Share on Facebook Share on Twitter
Previous in War On Terror A total of four PKK terrorists were killed in counter-terror operations... Next in War On Terror At least 317 people, including foreigners were arrested across Turkey...
DAILY SABAH RECOMMENDS