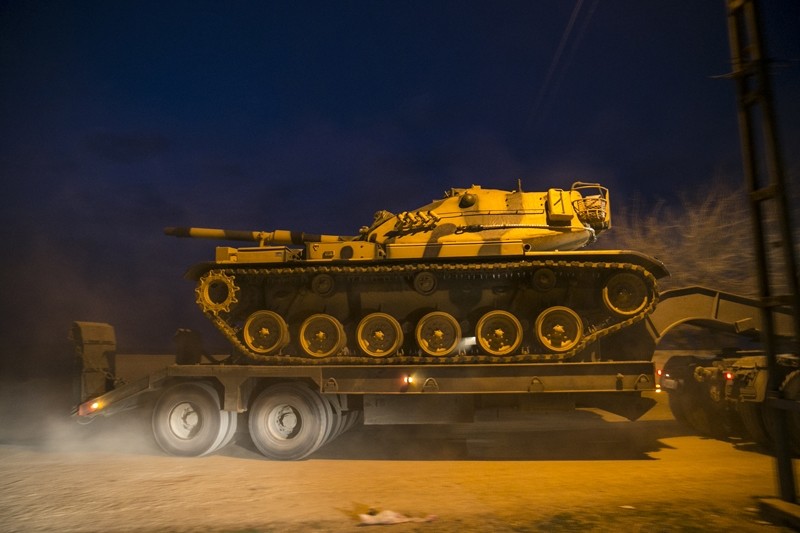 A military convoy, which includes tanks, was dispatched to Syrian border in Turkey's southern Hatay province, a security source said on Saturday.

Anadolu Agency video footage shows a group of five tanks loaded on trucks and driven on an unpaved road.

A military source, who spoke on condition of anonymity due to restrictions on talking to media, said that the tanks were sent as reinforcements to the Turkish border units.

Erdoğan said Saturday that any venture in the region "has no chance of success" if Turkey has no consent in it, referring to the PYD/PKK terror group's effort to settle in Syria's northern regions along the Turkish border.

Turkey will interfere "if the terrorists in Afrin do not surrender," Erdoğan also said, adding that Turkish forces "are destroying the western wing of this corridor with the Idlib operation".

Since the PKK launched its terror campaign in 1984, an estimated 40,000 people have been killed in Turkey in related violence.

Following a fragile cease-fire, the group resumed fighting in July 2015. Since then, it has been responsible for the deaths of approximately 1,200 security personnel and civilians, according to an official tally.