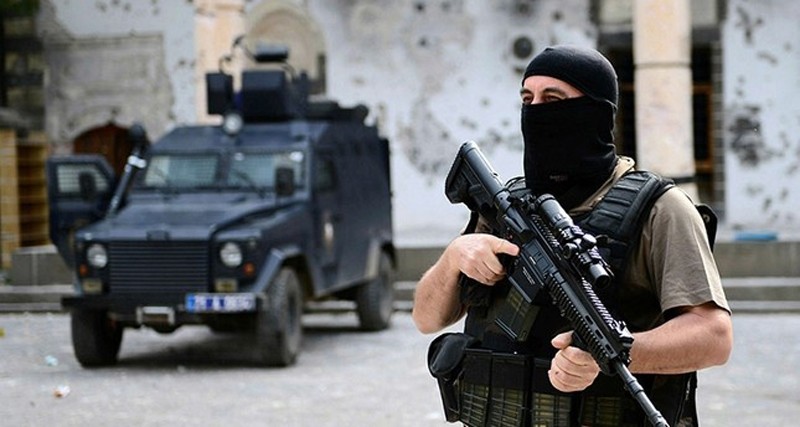 According to information gathered by Anadolu Agency in Idlib, Turkish artillery units hit PKK/PYD forces from the Reyhanlı and Kırıkhan dictricts of Turkey's southern province Hatay and a Turkish Armed Forces observation point in Idlib.

Since the PKK launched its terror campaign in 1984, an estimated 40,000 people have been killed in Turkey in related violence.

Following a fragile cease-fire, the group resumed fighting in July 2015. Since then, it has been responsible for the deaths of approximately 1,200 security personnel and civilians, according to an official tally.

President Recep Tayyip Erdoğan spoke about the Afrin operation at the provincial congress meeting of his ruling Justice and Development (AK) Party in eastern Elazığ province this past week.

"We are destroying the western wing of this corridor with the Idlib operation," Erdoğan said.

Erdoğan had added that if terrorists in Afrin did not surrender, Turkey would interfere.

The president said Turkey will act alone to protect its security against YPG terrorists even if the U.S. continues its partnership with the group.

Despite the PKK being listed as a terrorist group by the U.S., EU and NATO, Washington supports the PYD and the YPG as "the most effective partner against Daesh," overlooking their links to the PKK. The support has become a strong factor in the deterioration of ties between the two NATO allies, bringing relations to historic lows in recent years.