Turkey to resume clearing its borders from terror with Afrin operation 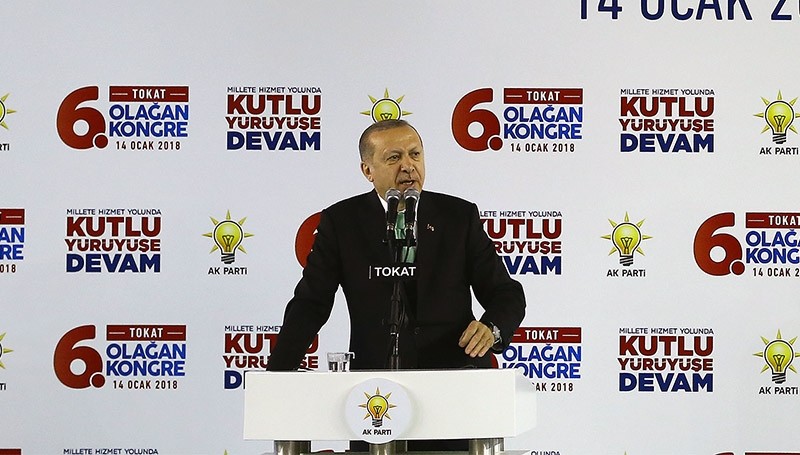 Speaking at the provincial congress of the ruling Justice and Development Party (AK Party) in the central province of Tokat, Erdoğan said that Turkey is determined to fight against PKK terrorists across its borders, as well as as inside the country.

"Turkey will continue the operation to clear its southern border from terror with Afrin. We urge the international community to support Turkey's legitimate efforts," Erdoğan said.

"The slightest harassment from across the border will be seen as a signal flare to start the steps that are needed to be taken," Erdoğan said.

President Erdoğan also said that Turkey does not differentiate between terrorists, and treats all terrorist groups equally no matter where they are located.

According to information obtained by the Anadolu Agency (AA) from local sources, YPG terrorists in northern Syria have reportedly geared up to establish a regular army called the Army of the North with U.S. assistance.

Despite the PKK being listed as a terrorist group by the U.S., EU, and NATO, Washington supports the PYD and the YPG as "the most effective partner against Daesh," overlooking their links to the PKK. The support has become a strong factor in the deterioration of ties between the two NATO allies, bringing relations to historic lows in recent years.