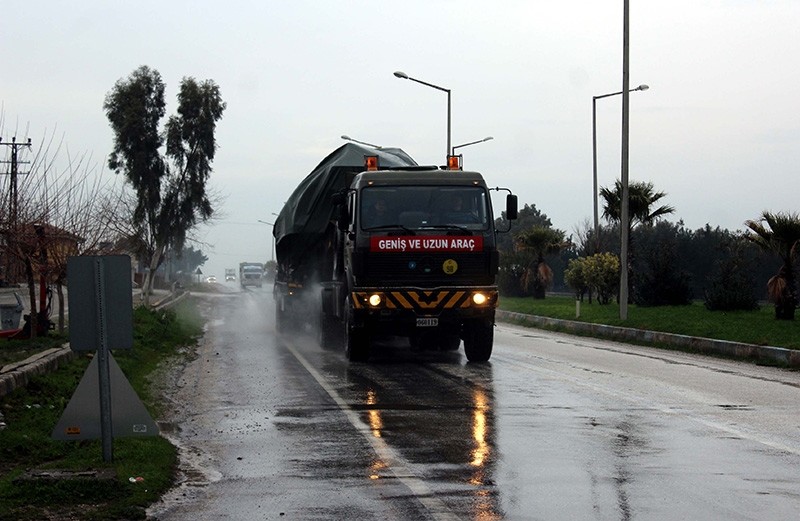 Military reinforcements, including tanks, arrived at the Syrian border in Turkey's southern Hatay province Wednesday, according to reports from the ground.

The four tanks, sent on Saturday, were distributed to border units after reaching Hatay's Hassa and Kirikhan districts, said Anadolu Agency correspondents on the scene.

Additionally, 20 tanks sent from several regions in Turkey also arrived at Antakya district of the province.

Another 15-vehicle convoy, consisting of armored personnel carriers, has also been sent to Elbeyli district of neighboring Kilis province.

People near the border could be seen flying Turkish flags from their homes to welcome the military convoy.

On Saturday, Turkish security forces hit several PYD/PKK targets in Afrin, along Turkey's border with northern Syria, to prevent a "terror corridor" from forming along the border.

On Sunday the U.S.-led coalition in Syria controversially announced it was working with the SDF -- a group dominated by the terrorist PYD/PKK -- to set up and train a Syrian border protection force.

Turkey has long protested U.S. support for the PYD/PKK, the Syrian offshoot of the PKK terrorist group, and its military wing the YPG, while Washington has called it a "reliable ally" in its fight against Daesh in Syria.