Turkey will not keep mum in face of threats posed by terrorists across the border, justice min. says 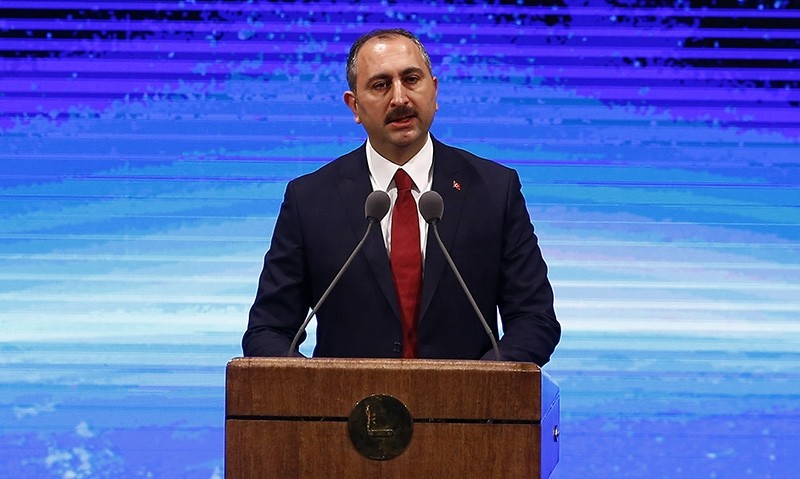 Justice Minister Abdülhamit Gül on Thursday welcomed the U.S. secretary of state's recent remarks regarding reports on the creation of a border security force in northern Syria.

"Rex Tillerson's statement is important in general," Gül said on local broadcaster NTV, referring to the former's remarks late Wednesday that the reports on the setting up of a border force in cooperation with terrorist PKK-linked People's Protection Units (YPG)-dominated Syrian Democratic Forces (SDF) were inaccurate.

"That entire situation has been misportrayed, misdescribed, some people misspoke. We are not creating a border security force at all," Tillerson told reporters on his way back from giving a speech at Stanford University in California.

The U.S.-led international coalition against Daesh had said on Sunday that it would establish a 30,000-strong new border security force with the SDF -- a group largely controlled and manned by the YPG.

Tillerson had also said the U.S. would continue to work with Turkey and consider Ankara's concerns about the PKK.

Gül said Turkey "could never remain silent" in the face of developments that threatened its borders and security.

The YPG is the Syrian offshoot of the PKK terrorist group, which has been designated a terrorist organization by Turkey, the U.S., and the EU.

Since the mid-1980s, the PKK has waged a wide-ranging terror campaign against the Turkish state in which an estimated 40,000 people have been killed including women and children.

More than 1,200 have been killed since July 2015 alone, when the group resumed its armed campaign against the Turkish state following a fragile cease-fire.

Also on Wednesday, the Pentagon said that the controversial new force was not a new "army" or conventional "border guard" force.

"The U.S. continues to train local security forces in Syria. The training is designed to enhance security for displaced persons returning to their devastated communities," Pentagon spokesman Eric Pahon said in a written statement.

"It is also essential so that ISIS cannot re-emerge in liberated and ungoverned areas," he said, using another acronym for Daesh.