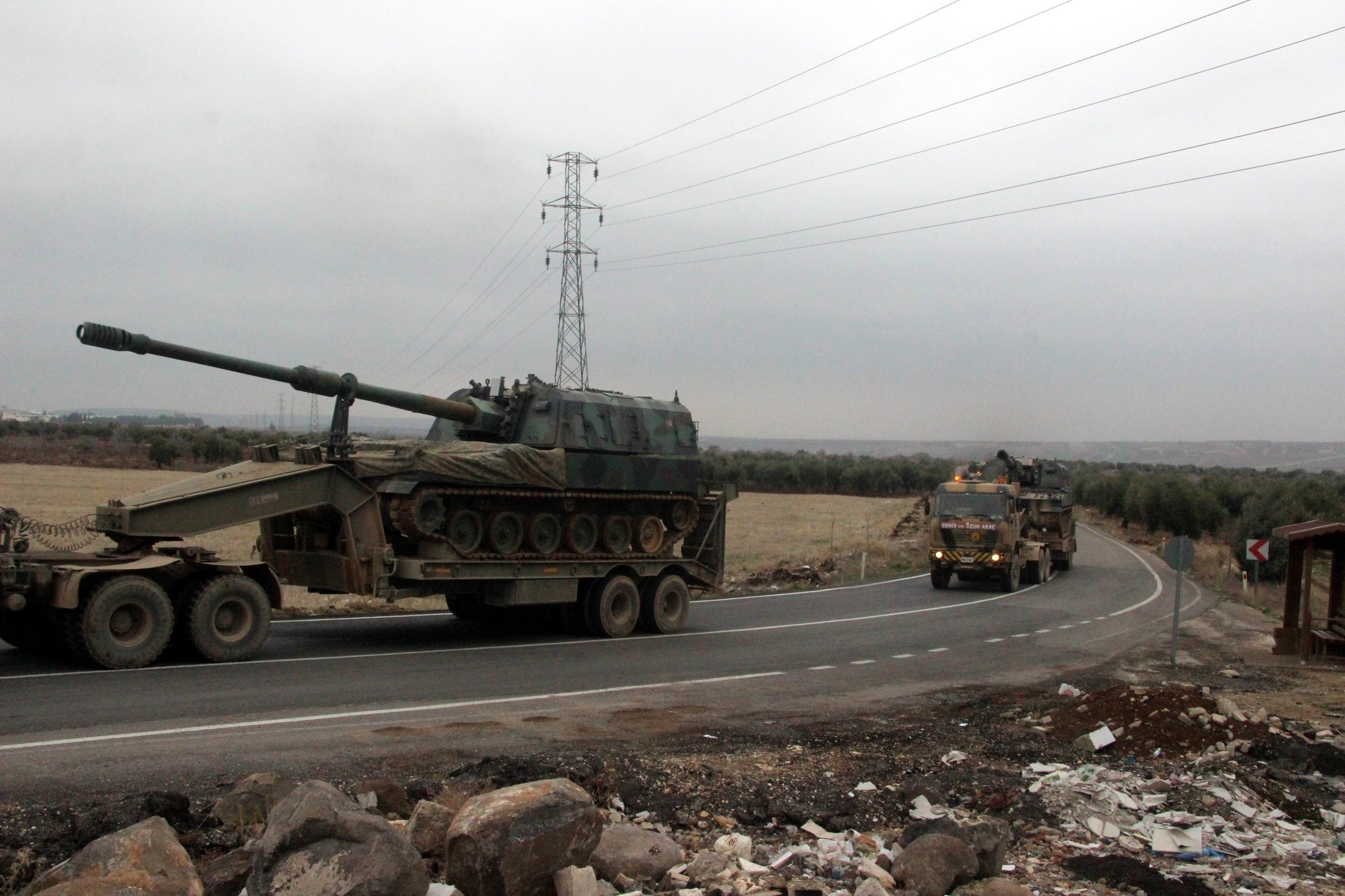 The Russian military started to withdraw its forces from Syria's Afrin Friday as Turkey prepares to carry out a military operation against the PKK-affiliated People's Protection Units (YPG), Anadolu Agency reported Friday.

The Russian security forces deployed in northeast Kafr Jana region of Afrin city started leaving the area, according to reliable sources in Afrin.

Some of the Russian security assets have reached Nubl and Zahra towns, on the outskirts of Afrin, which were currently held by the Assad regime.

Russian Foreign Minister Sergei Lavrov, however, dismissed the reports about Russian withdrawal from the area.

When asked about the withdrawal during a news conference late Firday, Lavrov said "the reports were later refuted."

Meanwhile, another report by Anadolu Agency said the U.S. military stationed around 1,000 YPG terrorists in the Tal Abyad town along the Turkish border after conducting reconnaisance missions in the area.

The reports came shortly after Turkish Defense Minister Nurettin Canikli said that Russia informed Turkey about its plans to pull out its military assets from the Syrian district.

The minister said talks between Turkish and Russian officials regarding the operation will continue.

An operation in Afrin -- a region bordering Turkey's Hatay and Kilis provinces -- is widely expected in the wake of Turkey's successful seven-month Operation Euphrates Shield in northern Syria, which ended in March 2017.

The Bashar Assad regime handed over Afrin to the YPG terror group without putting up a fight, and there are currently some 8,000-10,000 terrorists in the area.

After Turkey issued several severe warnings of an imminent operation, the terrorists in Afrin are now hiding out in shelters and pits in residential areas there.