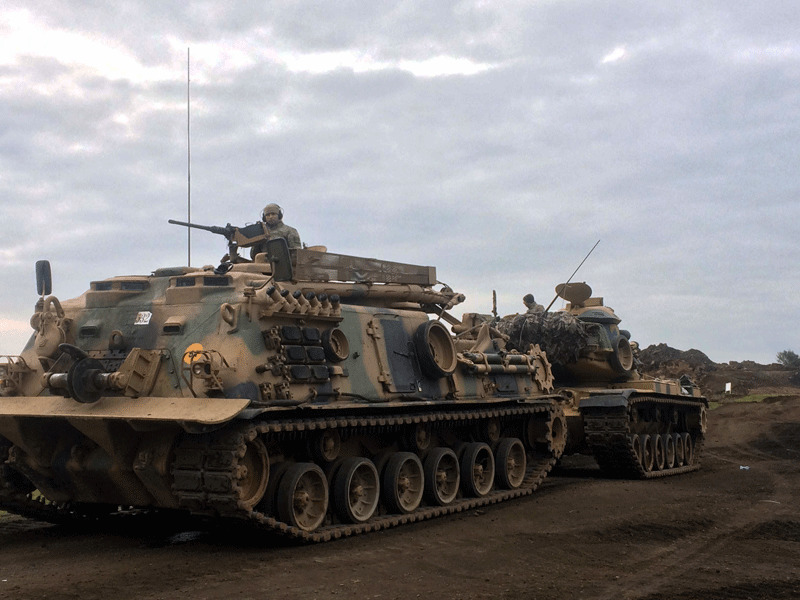 "Our main strategy in Syria is based on fighting terrorism," said CHP party's spokesman Bülent Tezcan.

"We hope Turkish forces will reach its goal [in Syria's Afrin against terrorist PYD/YPG], very soon," he added.

He also stressed that defeating PYD/YPG in Afrin and Manbij was Turkey's national target.

The source, who spoke on condition of anonymity due to restriction on talking to the media, said Bahçeli called Erdoğan and expressed his support for the operation, which he termed as "crucial."

Erdoğan, on his part, thanked Bahçeli for showing his empathy and said the operation was conducted in compliance with the international law against the terror threat.

The president said the operation will ensure Turkey's national security and will also contribute to the regional peace.

The operation aims to establish security and stability along Turkey's borders and the region as well as to eliminate PKK-linked terrorist groups and Daesh and to protect Syrian people from the oppression and cruelty of terrorists.

The operation is being carried out under the framework of Turkey's rights based on international law, U.N. Security Council's decisions and self-defense right under the U.N. charter, according to the military.

The YPG is the Syrian offshoot of the PKK terrorist group, which has been designated a terrorist organization by Turkey, the U.S. and the EU.