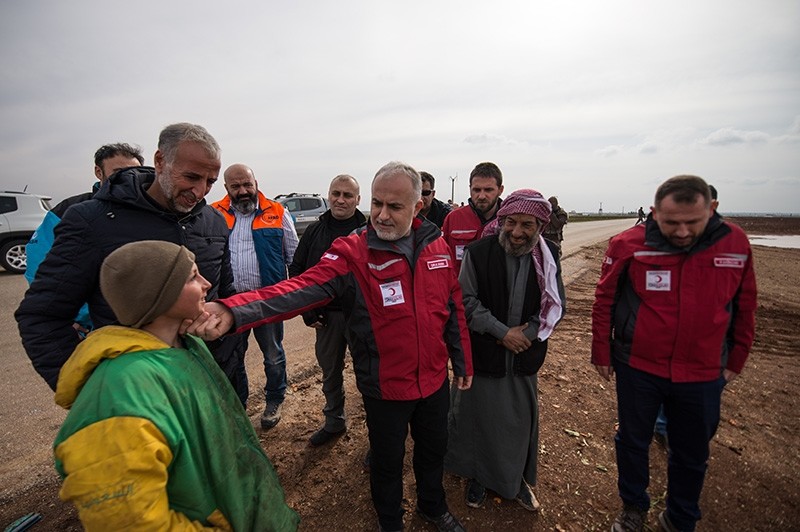 "PYD/YPG and regime in the south do not allow the civilians who want to leave Afrin. These routes are currently closed. This is a violation of humanitarian law," Kerem Kinik told reporters at Oncupinar Border Gate in Turkey's southern Kilis province.

"YPG/PYD and Syrian regime forces should end their blockades for civilians who want to leave Afrin," the head of Turkish Red Crescent said.

Kinik said they have the information that 50,000 people want to leave the region.

"We are establishing shelter centers for these people," he said.

Turkey on Saturday launched Operation Olive Branch to remove PKK-linked and Daesh terror groups from Afrin. YPG and the Democratic Union Party (PYD) are the Syrian offshoots of the PKK terror group, which has been designated a terrorist organization by Turkey, the U.S. and the EU.

The operation was being carried out under the framework of Turkey's rights based on international law, U.N. Security Council's decisions, self-defense rights under the U.N. charter and respect to Syria's territorial integrity, the Turkish General Staff has said.

The military also said only terrorist targets were being destroyed and "utmost importance" was being given to not harm any civilians.