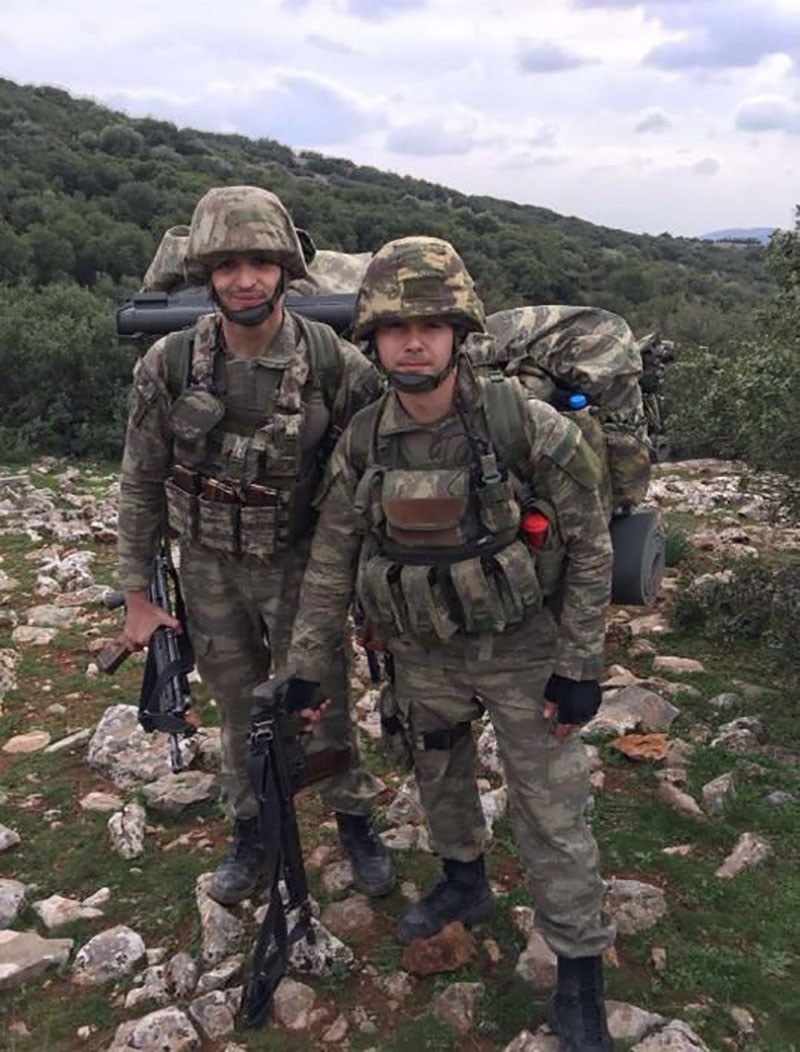 A statement released by the Turkish General Staff said that First Lieutenant Oğuz Kaan Usta, 30, has been killed in clashes north of the village of Ömer Uşağı (Umar Ushaghi) in Syria on the fourth day of the operation.

The details of clashes leading to Usta's death remain unknown, but it is likely that he was killed fighting terrorists from PKK, its affiliates Democratic Unity Party (PYD) or its armed wing People's Protection Units (YPG).

In a message posted on his official Twitter account, Foreign Minister Mevlüt Çavuşoğlu said: "My fellow countryman First Lieutenant Oğuz Kaan Usta participating in Operation Olive Branch in Afrin for the perpetuity of our homeland has been martyred. We will not leave the blood of our martyrs on the floor. We will continue our fight until we eradicate terror," Çavuşoğlu said.

In the following hours, the Turkish military said 25-year-old specialized sergeant, Mehmet Muratdağı was killed in clashes with YPG terrorists in Afrin.

So far, two Turkish soldiers have been killed in Operation Olive Branch, which was launched by Turkey on Saturday to remove the PKK/PYD/YPG/KCK and Daesh terrorists from Afrin, northwestern Syria.

According to the Turkish General Staff, the operation aims to establish security and stability along Turkish borders and in the region as well as to protect the Syrian people from the oppression and cruelty of terrorists.

Afrin has been a major hideout for the PYD/PKK since July 2012 when the Assad regime in Syria left the city to the terror group without putting up a fight. The region is essential for PKK to pressure southern Turkey with terror attacks, as well as plans to create a Kurdish political structure reaching the Mediterranean Sea.