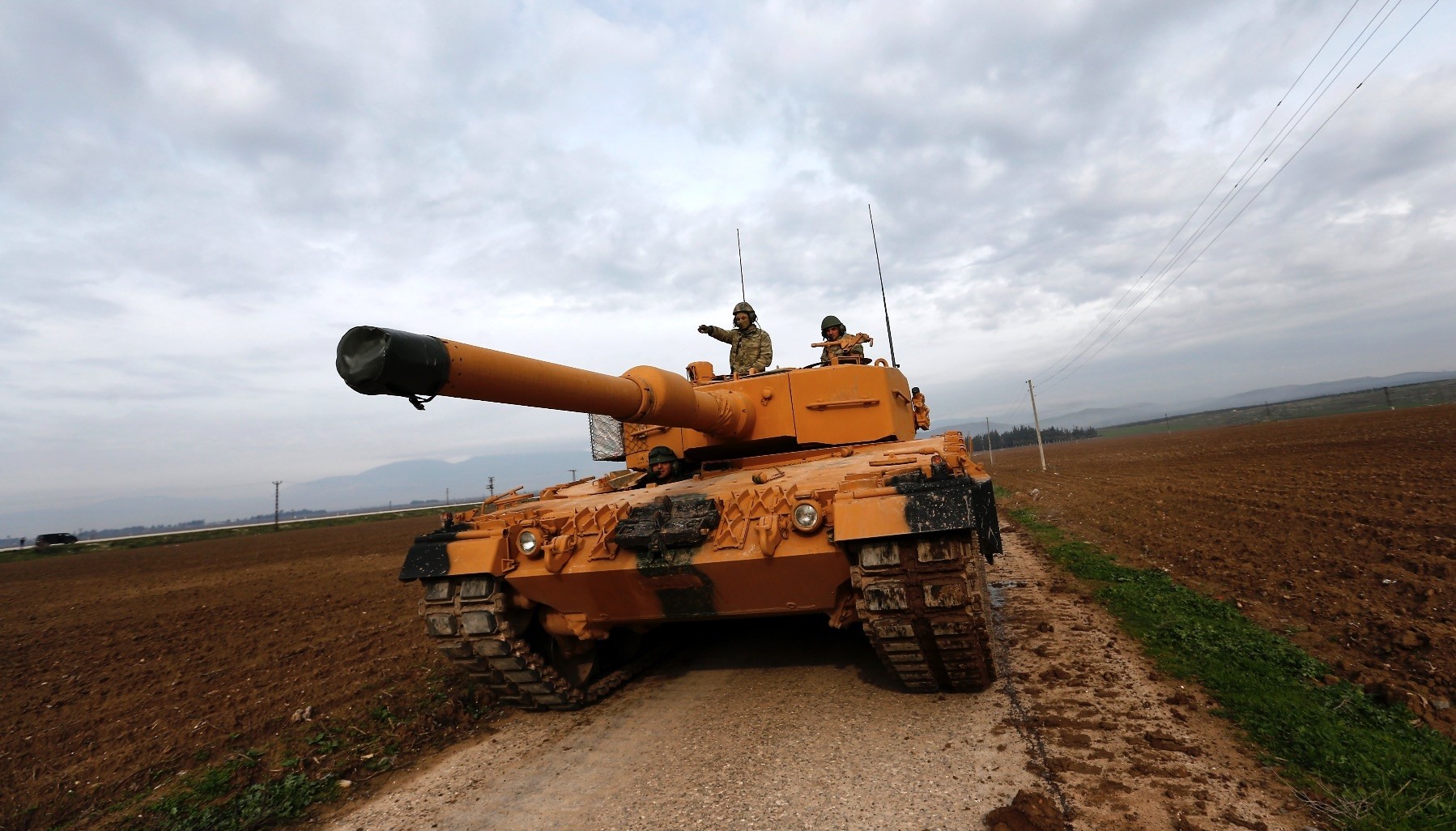 In an attempt to defame Turkey's counterterrorism operations, Western media continues its bias against Ankara, portraying the offensive on Afrin as an attack on Kurds in general, ignoring that the YPG is organically linked to with PKK

Western media's biased use of terms in relation to Turkey's decades-long fight against the PKK terrorist group has surfaced once again with Operation Olive Branch in Afrin, Syria, portraying Turkey's offensive to eliminate terrorist threats to its national security as an attack on Kurds in general.

In line with international law and U.N. Security Council decisions, especially no. 1624 (2005), 2170 (2014) and 2178 (2014), and as per the right to self-defense in Article 51 of the U.N. Charter, Turkey launched the offensive on Saturday with air strikes and a ground operation to stop the establishment of a "terror corridor" by the PKK's Syrian affiliate, the Democratic Union Party (PYD) and its armed Peoples' Protection Units (YPG).

However, despite Turkey right to self-defense, while respecting Syria's territorial integrity, leading Western media outlets have used headlines portraying the offensive against the Syrian affiliate of the PKK as Kurds under attacks by Turkish forces. The PKK is recognized as a terrorist organization by the U.S., the EU, and Turkey.

The New York Times published an article on Sunday concerning Afrin, "Turkey Begins Ground Assault on Kurdish Enclave in Syria," without explicitly explaining in the article the link between the PKK and the YPG in Afrin.

On the same day, the Wall Street Journal published an article, "Turkey Launches Strikes on Kurdish Targets in Syria," as if Turkey is targeting Kurds in general rather than the YPG specifically.

An article on Bloomberg concerning Afrin is titled "Turkey Attacks Kurds in Syria as U.S. Warnings Ignored," as if Operation Olive Branch targets Kurds in Syria as an ethnic group rather than the YPG, despite Ankara's repeated remarks that the only target is terrorist elements, not civilians, and that the utmost attention will be paid to minimize risks of harming civilians.

Similar headlines have long been used in Western media outlets during Turkey's decades-long fight against the PKK both inside the country and in cross-border operations, most recently during Turkey's operations on PKK activities in the southeast to create chaos by carrying the fighting in urban areas.

Mustafa Ekinci, the coordinator of Turkey's state-run Kurdish language TV channel TRT Kurdi, rejects such discourse, asking: "The population of Kurds in Syria is roughly about 2.5 million. When Daesh handed over Kobani to the PYD, thousands of people escaped and crossed into Turkey. About 350,000 Kurds who escaped Syria currently live in refugee camps supported by Turkey's governmental humanitarian organizations in northern Iraq. If Turkey is attacking Kurds, why then did these people escape YPG zones and seek refuge in Turkey with the Turkish government?"

Turkey, along with the U.S., the EU and the U.K., has listed the PKK as an armed terror organization, and has been in an armed conflict with the group since the mid-1980s.
The PKK-affiliated Syrian PYD and its armed YPG also function under the umbrella network of the Kurdish Communities Union (KCK), which is led by imprisoned PKK leader Abdullah Öcalan. Although the PKK was headquartered in Syria until 1998, currently the PKK is controlled from its headquarters in northern Iraq's Qandil Mountains. KCK terrorist groups function under the names of the PKK in Turkey, the Kurdistan Democratic Solution Party (PÇDK) in Iraq, the PYD in Syria and the Kurdistan Free Life Party (PJAK) in Iran.

"What Turkey is doing is an attempt to save the nearly 4.5 million Kurds in its region from a terrorist group that has been oppressively dictating its marginal leftist ideology on people with the U.S.'s support," Ekinci said.

He added, "With the invasion of Iraq, there is an ongoing operation in the region by the promoters of democracy led by the U.S., which has brought bloodshed and chaos, and it has been continuing with the civil war in Syria. … "What has Turkey done? With Operation Euphrates Shield it cleared more than 2,000 square kilometers of terrorists, enabling locals to return to their homes securely. Where Turkey has entered, people go back to their homes. However, we see that wherever the U.S. and the PYD has entered, people escape and seek refuge in Turkey."

The PKK and its affiliates in Syria, which have received immense military support from the U.S., are also known for cruelty to opposition voices, including Kurds, Arabs and Turkmens under their control, as well as the use of child soldiers, violating international law. Such practices by U.S.-backed groups have long been condemned by international human rights organizations.

Vahdettin İnce, a Kurdish intellectual and author, asked: "One question should be asked here: What would Turkey win if it attacks Kurds? There are millions of Kurds living in Turkey contributing to the country in every realm."

İnce added that similar propaganda was previously made during counterterrorism operations in the southeast; however, "Kurds in the region don't buy into them anymore."

"What Turkey is doing in Syria is to eliminate terrorist threats posed to its national security. After 9/11, the U.S. went into Afghanistan and Iraq for its national security, destroying the countries in wars that resulted in the deaths of millions of people and many more millions displaced. This is not what Turkey has done in areas it has cleared of terrorism," İnce argued. "It is true that some Western circles want Turkey to harm civilians to back their propaganda, but Turkey is continuing its counterterrorism efforts with its ethical state approach."

In the past decade, Turkey has made significant progress in terms of rights allowed to Kurds, despite many decades of negligence, including the establishment of a Kurdish TV channel, educational institutes and other developmental projects. The government had also attempted a reconciliation process with Kurds in 2011 to end the decades-long conflict with the PKK, but it failed when the PKK ended the ceasefire in July 2015.