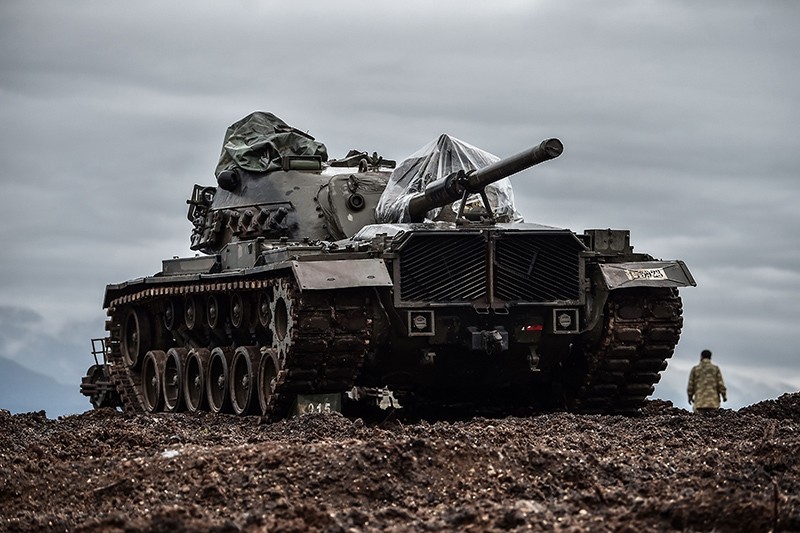 The TSK also said it destroyed six targets used by the terrorists as shelters, ammunitions depots and weapon emplacements during airstrikes, adding that the fighter jets used in the air operations safely returned to their bases of operation.

The Turkish military reiterated that it is exercising extreme caution to prevent civilians and the innocent from getting hurt.

The anti-terror operation in Afrin continues successfully as planned, the TSK said.

Operation Olive Branch was launched Saturday, targeting the PKK terror group's Syrian affiliates PYD and the YPG as well as the remaining Daesh elements in the Afrin region on the Turkish-Syrian border.