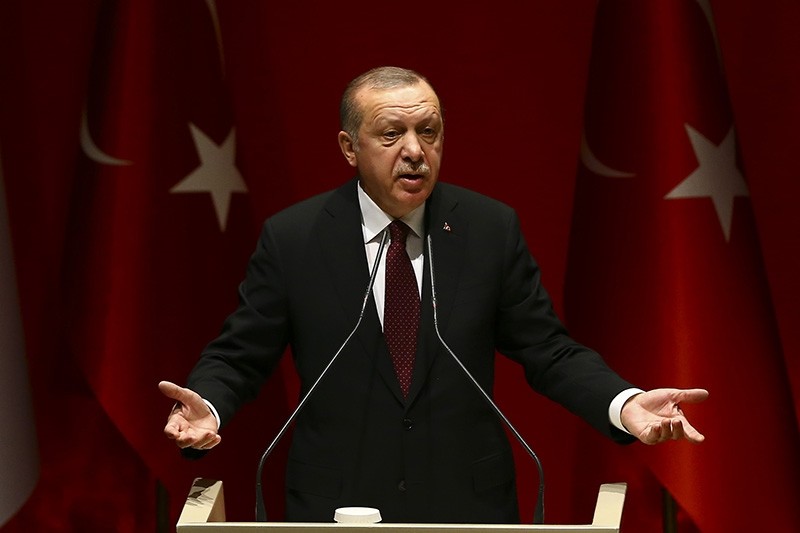 Addressing a party meeting in the capital, Erdoğan highlighted that Turkey has no interest in invading another country, unlike others who have been carrying out military interventions for almost over two decades in Afghanistan and in Libya.

Erdoğan noted that Turkey aims to secure its border and clear terrorists off the Syrian-Turkish borders, as the terrorist group has been advancing and posing a threat to Turkey's national security, which many partners turned a blind eye to.

The president also noted that Turkey's operation will also focus on Syria's Manbij after Afrin is cleared.

"Arabs are the rightful owners of Manbij, not YPG/PYD terrorists," Erdoğan said.