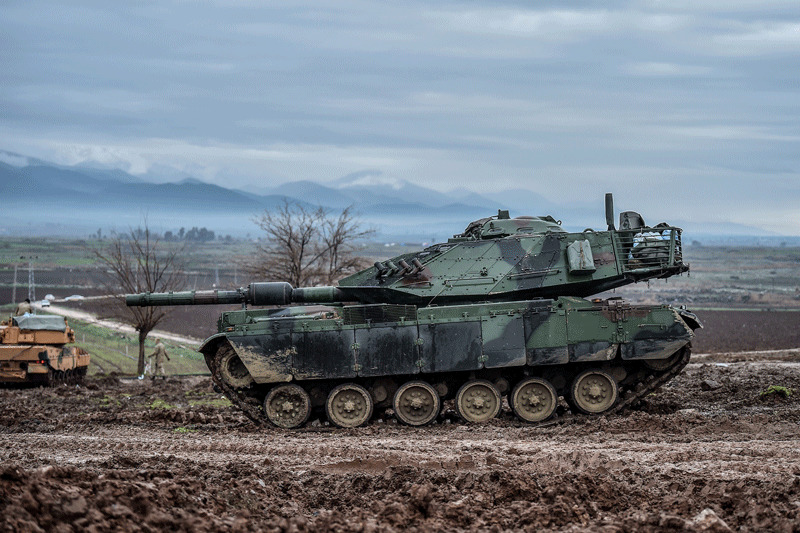 A total of 557 PKK/KCK/PYD-YPG and Daesh terrorists have been killed since the start of Turkey's Operation Olive Branch in northwestern Syria, the military said Sunday.

All the warplanes returned back to their bases after operation, statement added.

In addition, nearly 340 PKK/KCK/PYD-YPG, Daesh terrorist targets have been destroyed so far during Turkey's Afrin operation in airstrikes carried out by Turkish Armed Forces, the military said Saturday.

The statement also said two Turkish soldiers have been killed and 11 others have been injured on the day eight of the operation while the death toll for the YPG terrorists stood at 53.

On Jan. 20, the Turkish military launched an operation on Afrin to clear its border of the PKK's Syrian affiliate the Democratic Union Party (PYD) and its People's Protection Units (YPG) militia to prevent them from establishing an autonomous region, which Turkish officials call a "terror corridor," by connecting the northwestern Afrin canton to the Kobani and Jazeera cantons to the east.

According to the military, the operation aims to establish security and stability along Turkish borders and the region as well as protect Syrians from terrorist oppression and cruelty.

The military has also said that only terrorist targets are being destroyed and "utmost importance" is being put on not harming any civilians.