PKK supporters create havoc at train station in the Netherlands 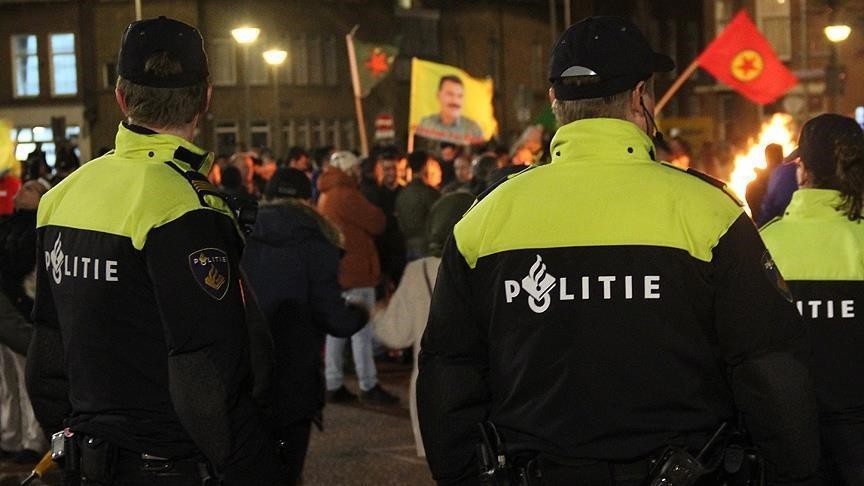 A group of Turkish citizens, in an apparent response to the unauthorized demonstration, also gathered at the station carrying Turkish flags.

Dutch police shut down the station and intervened when the PKK supporters wanted to attack the Turkish citizens. One PKK supporter was detained and there were no casualties.

Supporters of the PKK and its Syrian affiliate, the Democratic Union Party (PYD) have recently attacked a number of mosques and buildings belonging to Turkish communities across Europe, particularly in Germany.

Turkish officials have long stressed that the European countries should not be lenient about the PKK's activities within their borders and take necessary steps to secure the Turkish population from any possible threats posed by the terrorist group.

Meanwhile, Deputy Prime Minister Hakan Çavuşoğlu has pointed to the increasing number of assaults on Turkish people living in foreign countries and stressed the need for investigating these incidents.

"In most of the incidents, the assailants could not have been detected and the crimes remained unpunished. The respective countries' fight against these incidents with their police, judiciary and media is significant," Çavuşoğlu said on Wednesday and added that only in this way could the true number of attacks would be revealed.

The deputy prime minister stated that nearly every week there was an attack on a mosque, or an arson attack on a Turkish nongovernmental organization, or acts such as vandalism involving racist slogans or leaving the head of a pig behind.

He said some countries were also restricting family reunification and tightening the conditions for these types of visas.