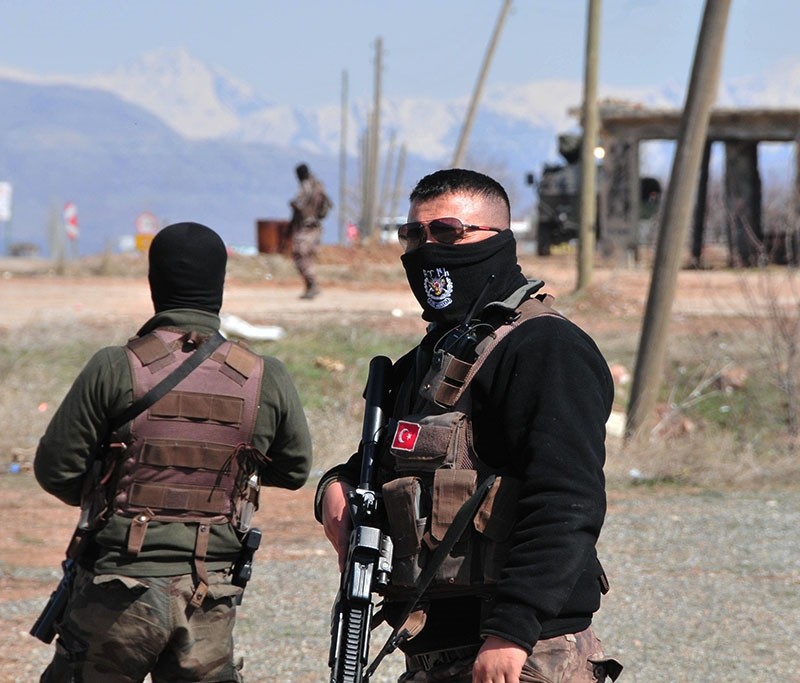 Four PKK terrorists, including two senior members, were killed Thursday during an anti-terror operation in the southeastern province of Diyarbakır.

One of the top terrorists, 33-year-old Murat Üçer, code-named "Eylül," was responsible for PKK forces in Diyarbakır's Lice district.

Both senior terrorists were in the blue category on the Turkish Interior Ministry's list of most wanted persons. The list is divided into five color-coded categories with red designated as the most wanted, followed by blue, green, orange and grey.

The PKK terrorists were killed in armed clashes with security forces as they tried to resist arrest following a car chase.

The PKK — recognized as a terrorist group by the EU, U.S., and Turkey — has waged a three-decade war against Turkey, taking 40,000 lives in the process.

More than 800 PKK-linked terrorists have been killed as of Thursday, according to the TSK.