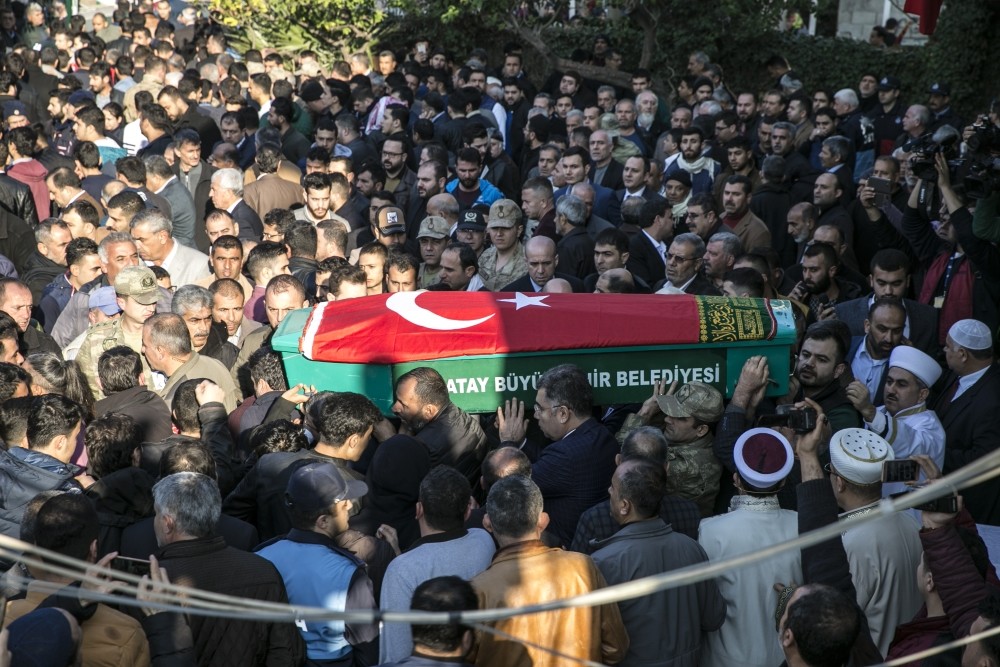 "She got out of bed in the night and went into the living room and slept on the sofa near her younger brother, İdal, 14, as she was afraid to sleep in her room from the sounds of the bombs," said Edanur Alvar, 17, about her cousin Fatma Avlar.

Fatma is the latest victim of a rocket fired by the U.S.-backed People's Protection Units (YPG), the Syrian affiliate of the PKK terror group, in Reyhanlı district of Hatay province. The victim was killed in her sleep, when a rocket fired from Syria's Afrin region by the PKK terrorist organization's U.S.-led Syrian affiliate, the People's Protection Units (YPG), landed on her house in the border town of Reyhanlı, Hatay on Wednesday.

The rocket was among the four that landed in the town. She was rushed to a hospital by a medical crew soon after the incident with her brother, Bilgey Avlar, who was also injured in the incident. However, she succumbed to her wounds, a heartbreaking story that received almost no attention in Western media, which has glorified the YPG's female terrorists.

"She was like an angel, she became an angel and left. She had no harm to anyone," Güldane Avlar, wife of Fatma's uncle, said about Fatma. "Words do not suffice to describe her kind-hearted personality," Güldane said.

She was one of the five children of the Avlar family who had said in a recent message with her friends that she had dreams of going to university after graduating from high school. 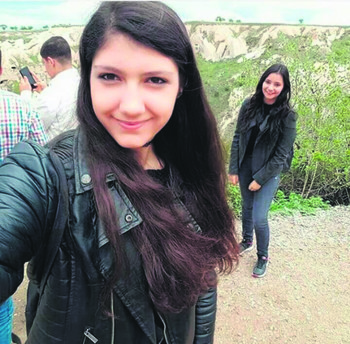 "She wanted to go to İzmir for her education to study psychology at Ege University," her cousin said.Fatma was laid to rest later in the day beside a brother of hers, Abdurrahman, who died in a traffic accident five years ago at the age of 18.

President Recep Tayyip Erdoğan on Wednesday called the Avlar family to offer his condolences. Erdoğan told the father that the state was ready to provide any assistance needed and that the fight against terrorists will continue. "Terrorists are paying and will pay a heavy price," Erdoğan said.

Ankara has long argued that it will not allow the establishment of an autonomous region in northern Syria administered by the Democratic Union Party (PYD). The PKK is considered a terrorist organization by the U.S. and EU. However, despite recognition of the PKK as a terrorist group by Turkey's ally, its Syrian affiliate, the PYD and its YPG militia have received significant military support from the U.S. in Syria, ignoring the links between the PKK and the PYD and YPG. The PYD's ultimate aim is to establish an autonomous region in northern Syria by connecting its northwestern Afrin canton to the Kobani and Jazeera cantons in the northeast. As such, Turkey's operation will put an end to the "terror corridor," as Ankara calls it.

The YPG have increased attacks on civilians in Turkey's border towns, particularly after the Turkish military launched Operation Olive Branch on Jan. 20 to eliminate the threats of terrorism from northern Syria.

Five civilians have been killed and 73 others, including children, have been injured over the last 10 days when the YPG fired 52 rockets and one mortar shell from Afrin.

Bora Bayraktar, an academic from Istanbul Kültür University, said on a panel held by the Center for Middle Eastern Strategic Studies (ORSAM) in Ankara on Wednesday that the YPG presence along the southern border is an existential challenge to the country.

"YPG presence on the border is regarded a challenge for survival against Turkish national security. It is a terrorist base that can expand. … The PYD was controlling a very small area, but with the support of the U.S, they control one-quarter of Syria, so the same thing can happen in Afrin and Turkey cannot take this risk and so it took action," Bayraktar said.

Reyhanlı has been one of the towns hit by the YPG from across the border in Syria.

Along with Reyhanlı in Hatay, the border province of Kilis has also been a target of increased YPG attacks recently. A rocket YPG terrorists fired from Afrin hit a historic restaurant in the Kilis city center yesterday. It is reported that many medics and security officers were deployed to the scene. One person is reported injured as a result of the rocket attack.

Another rocket hit a cemetery in the Reyhanlı district of southern Hatay province. No injuries were reported in the attack. Last week, two rockets were fired, again, from YPG-held Afrin, and landed in Kilis, killing two people and injuring 11 others during daily prayers at a mosque.

"The rocket fired from Syria hit the 17th-century Çalık Mosque during prayers. Some of the victims have life-threatening injuries," Kilis Governor Mehmet Tekinarslan said. He added that a second rocket hit within 100 meters of the first.

The mosque is located approximately 6 kilometers from the Syrian border. Turkish media footage showed security forces clearing the area of civilians following the attacks, as ambulances and emergency teams arrived on the scene. On Jan. 21, one Syrian national was killed and more than 50 other civilians were injured in Reyhanlı by another rocket in an example of YPG terrorists across the border indiscriminately targeting civilian areas.

While some countries criticize the operation, calling it a distraction from the fight against Daesh, Turkish officials reiterate that Turkey has all the right reasons to be in Afrin according to the principles of self-defense enshrined in Article 51 of the U.N. Charter. The operation is being carried out in accordance with Turkey's rights based on international law and U.N. Security Council resolutions, especially No. 1624 (2005), 2170 (2014) and 2178 (2014); and Article 51 of the U.N. Charter on Right of Self Defense, Ankara says.

During ORSAM's Panel, Syria expert Oytun Orhan also said, "Afrin is crucial for Turkey, because PKK activities in Hatay mainly originate from the Afrin area, which is not related to the civil war," he said.