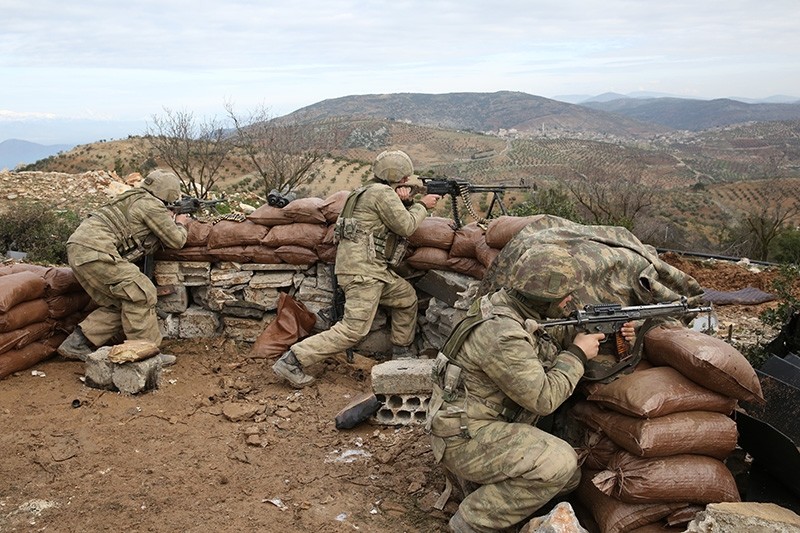 A total of 897 PKK/KCK/PYD/YPG and Daesh terrorists have been "neutralized" since the start of Turkey's Operation Olive Branch in northwestern Syria, the military said Saturday.

The Turkish Armed Forces carried out airstrikes overnight on the shelters, positions, arms, and equipment depots of the terrorists, destroying 15 more terrorist targets, according to a General Staff statement.

All the warplanes safely returned to their bases after the operation, the statement added.