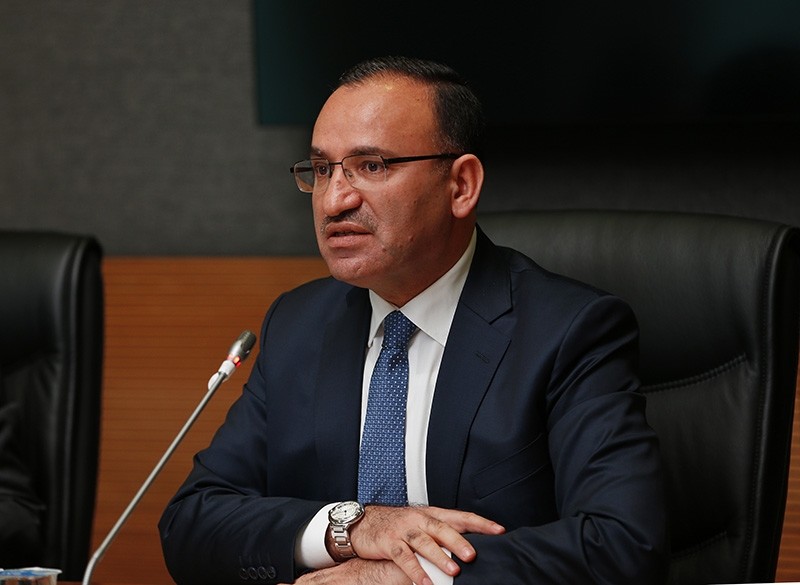 Turkey will move toward Manbij and east of the Euphrates, if the PKK's Syrian offshoot People's Protection Units (YPG) terrorists do not leave the area, to ensure that the terrorist group does not establish a state along Turkey's borders, Deputy Prime Minister Bekir Bozdağ said yesterday.

"If they [YPG] do not leave Manbij, we will move into Manbij and towards the east of the Euphrates," Bozdağ, who is also the government spokesperson, said in remarks made to CNNTürk.

Bozdağ added that 932 YPG and Daesh terrorists had been killed since the beginning of Operation Olive Branch in the Afrin region of Syria on Jan. 20. Commenting on the presence of U.S. troops in Manbij and the possibility of a clash between the two NATO allies, he noted that Turkey does not want to clash with U.S. soldiers in Manbij or anywhere else in Syria, but the NATO ally also needs to demonstrate the same sensitivity regarding the matter.

"If U.S. soldiers wear uniforms of [YPG] terrorists and fight with them against the Turkish Armed Forces (TSK), then we will not have a chance to make a distinction at this point," Bozdağ added.

The deputy prime minister highlighted that the U.S. administration needs to tell soldiers not to face Turkish forces and stay away from regions where the country is carrying out anti-terror operations.

He added, however, that whoever cooperates with terrorists and carries out attacks against Turkish forces will receive the necessary response.

According to the Turkish General Staff, the operation aims to establish security and stability along Turkey's borders and the region and protect Syrians from the oppression and cruelty of terrorists. The operation is being carried out under the framework of Turkey's rights based on international law, U.N. Security Council resolutions, its self-defense rights under the U.N. Charter and respect for Syria's territorial integrity.