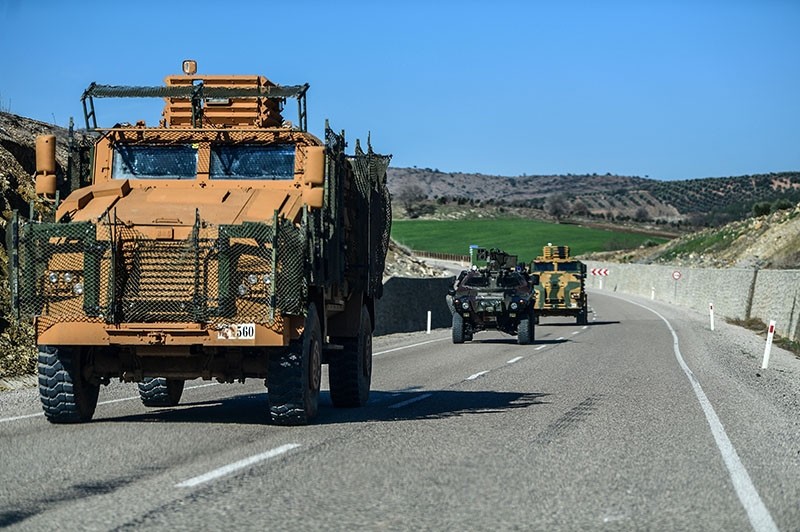 A convoy of the Turkish Armed Forces (TSK) moved to the fourth observation point in Syria's Idlib Monday as part of the de-escalation zone deal reached in Astana, the TSK said in a statement Monday.

The convoy entered Idlib from Turkey in the morning and arrived safely in the west of Aleppo inside the de-escalation zone, six days after the PKK-affiliated People's Protection Units (YPG) terrorists attacked the convoy.

The aim of the observation posts is to establish, monitor and sustain the current cease-fire in the de-escalation zones, deliver humanitarian aid to the persons in need and to ensure the secure return of displaced people, the statement said.

It added that the ground reconnaissance for the next two observation post has also begun.

Last Tuesday, the military said terrorists detonated a vehicle while the convoy deployed in Idlib was passing through. The attack killed one civilian and wounded two others.

Meanwhile, Turkish has been carrying out Operation Olive Branch in the region since Jan. 20, aiming to establish security and stability along Turkish borders and the region as well as protect Syrians from terrorist oppression and cruelty.

The operation is being carried out under the framework of Turkey's rights based on international law, U.N. Security Council resolutions, its self-defense rights under the U.N. Charter, and respect for Syria's territorial integrity.