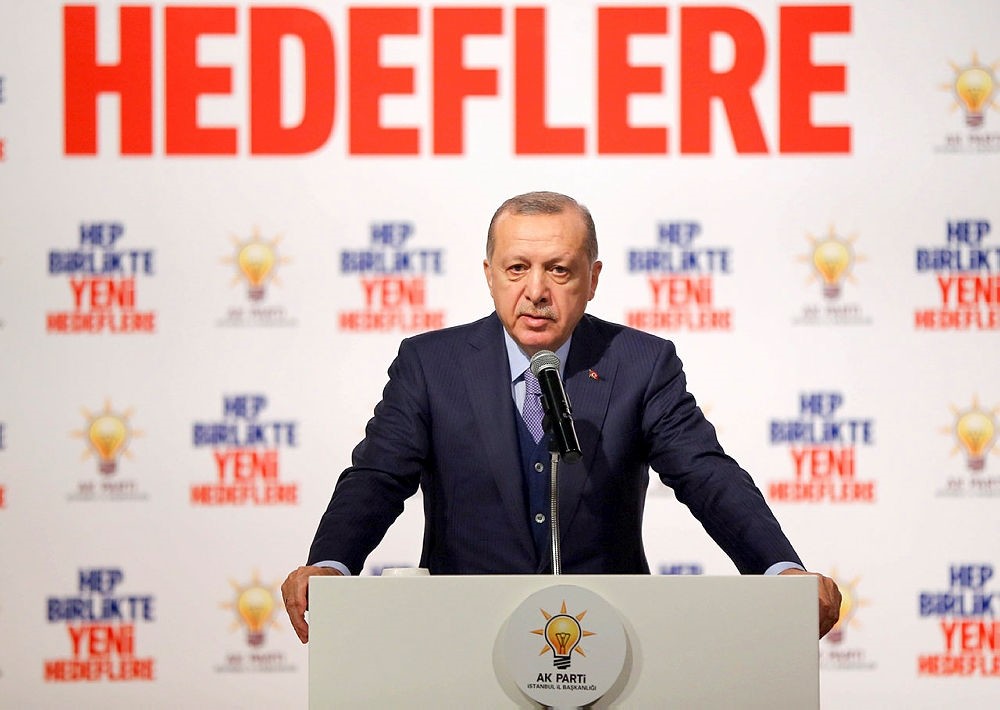 President Recep Tayyip Erdoğan warned those who shot down a Turkish military helicopter on Saturday during Turkey's ongoing Operation Olive Branch in Afrin, saying that the perpetrators will surely pay a heavy price for it.

Speaking at the ruling Justice and Development Party (AK Party) Istanbul Provincial Consultation and Assessment Meeting, Erdoğan said that such losses were expected during times of war.

"Yesterday, we destroyed quite a large amount of missile depots, which is of course driving them [the People's Protection Units(YPG)] crazy. We might lose one helicopter, but they will pay a much heavier price."