Syrian elders rescued from YPG come together with their relatives 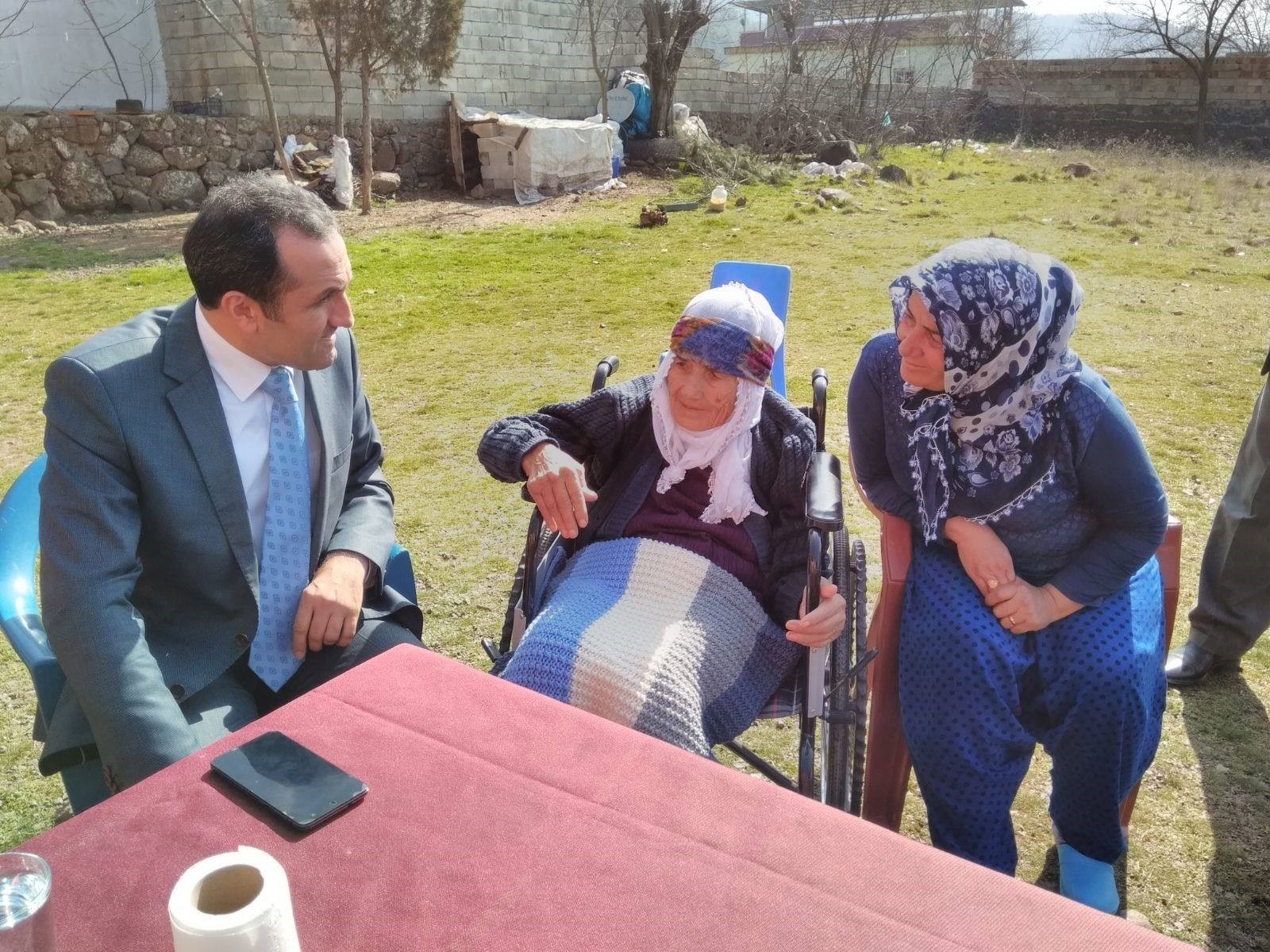 Having lost track of their relatives years ago, two Syrian seniors met up with their families in Turkey thanks to efforts by the Family and Social Policty Ministry after they were rescued from YPG terrorists by Turkish and FSA forces in Afrin

Two Syrians elders who were rescued in Afrin by Turkish forces and brought to Turkey for treatment came together with their relatives who had fled from PKK-affiliated People's Protection Units' (YPG) attacks many years ago.

Last week, the security forces came across Ahmad Hannan, 82, and Azime Hussain, 80, in two separate houses, as they were conducting searches in the village liberated from YPG terrorists as part of Operation Olive Branch, after they were left to die by the YPG in Afrin's Bilal Agha village.

They were later placed in a nursing home in Hatay province near the Syrian border after they received treatment in hospital. However, it was revealed that relatives of Hannan and Hussain fled from YPG terror seven years ago and moved to an unknown location, losing contact with the Syrians elders.

Brought by Turkish officials to the addresses found by Turkish officials, Hannan and Hussain, who found their children and relatives, shed tears of joy. "I am very grateful for the efforts of the Turkish government. I came together with my children and grandchildren thanks to their efforts. May God bless them," Hannan said. His daughter Semire Horo also expressed her happiness due to seeing their father and thanked those who contributed to thsir reunion. Hannan whose left eye is blind and has difficulty seeing with his right eye, previously said that the PKK-affiliate group had oppressed the locals and instilled fear in the region. "Turkish troops won in our village, they rescued us," he said.

"I am very happy. They brought me to my relatives and never left me alone," Azime Hussain, who was reunited with her uncle's grandchildren in Islahiye district. The ministry's official Sandıkçı said they are happy to find an opportunity to bring together the elders with their relatives.

Turkish forces and the Free Syrian Army (FSA) continue to lend a helping hand to civilians in need in the villages liberated from the YPG. Many locals of Afrin left their relatives behind and fled the area since 2012, when the town handed over by the Assad regime to the PKK-affiliated Democratic Union Party (PYD) and its armed wing YPG, due to terrorist groups' oppressive practices including forced recruitment, illegal seizure of properties and opression of opposition voices.

The Turkish military rescued another elderly couple in a rural area of Afrin on Thursday.

The couple, Hüseyin Davutoğlu, 73, and his wife Emine Davutoğlu, 75, were found while searching the houses in the village and were handed to the medical teams waiting on the Turkey-Syria border, via an armored ambulance. After an initial check-up, they were referred to a state hospital in the border province of Kilis.

Dr. Güvelioğlu added that the condition of the old woman was better and they were doing their best for the couple.

Speaking to Anadolu Agency, Emine Davutoğlu said she was originally from Kilis, but she had moved to Syria 40 years earlier after getting married.

She said they had gone through very tough times because of the terrorists who occupied the region, and were unable to leave their home for a long time out of fear.

"We waited in our house without food or water... We sat on the concrete floor of the room and it was terribly cold," Davutoğlu said.