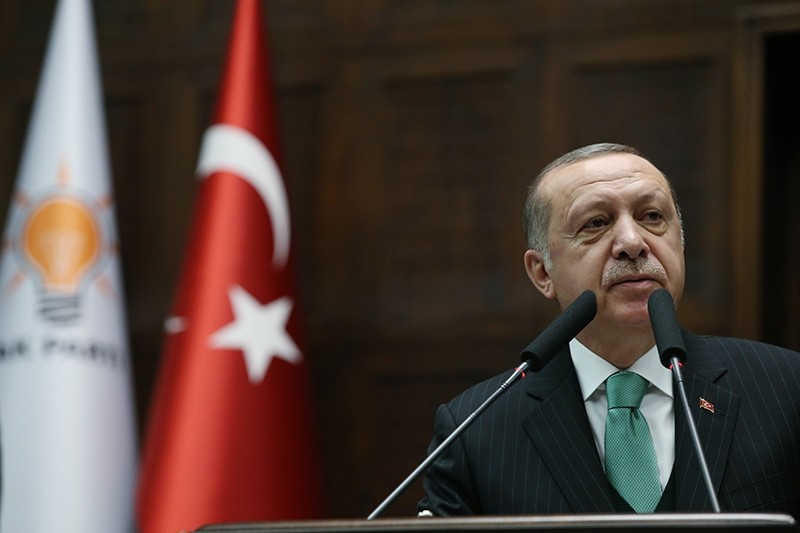 Addressing the parliamentary meeting of the ruling Justice and Development Party (AK Party), Erdoğan called on the American people to show sensitivity regarding U.S. financial support to the YPG, pointing out that it is their taxpayers' money that would fund the terrorists.

The president also stressed that the U.S. — Turkey's NATO ally — should support Turkey in its fight against terrorism.

"We all have to obey NATO's internal laws. If you say the YPG, the [Democratic Union Party] PYD are not terrorists organizations according to us, but they attack your NATO ally, you must face them. But they say these are not terrorist organizations," Erdoğan said, referring to Washington's refusal to acknowledge ties between the PKK — a terrorist group according to Turkey, the U.S. and EU — and the PYD and its armed wing YPG.

According to Erdoğan, the issue of U.S. support for YPG will be discussed with Secretary of State Rex Tillerson during his official visit to Ankara this week.

"We'll put out all these facts before them. This issue has to be resolved in accordance with the law. If not, it won't be a model relationship," he said.

Turkey strongly opposes U.S. military support for the Syrian Democratic Forces (SDF), which is dominated by the terrorist PKK-affiliated PYD and YPG, which constitute a serious threat to Turkey's security.