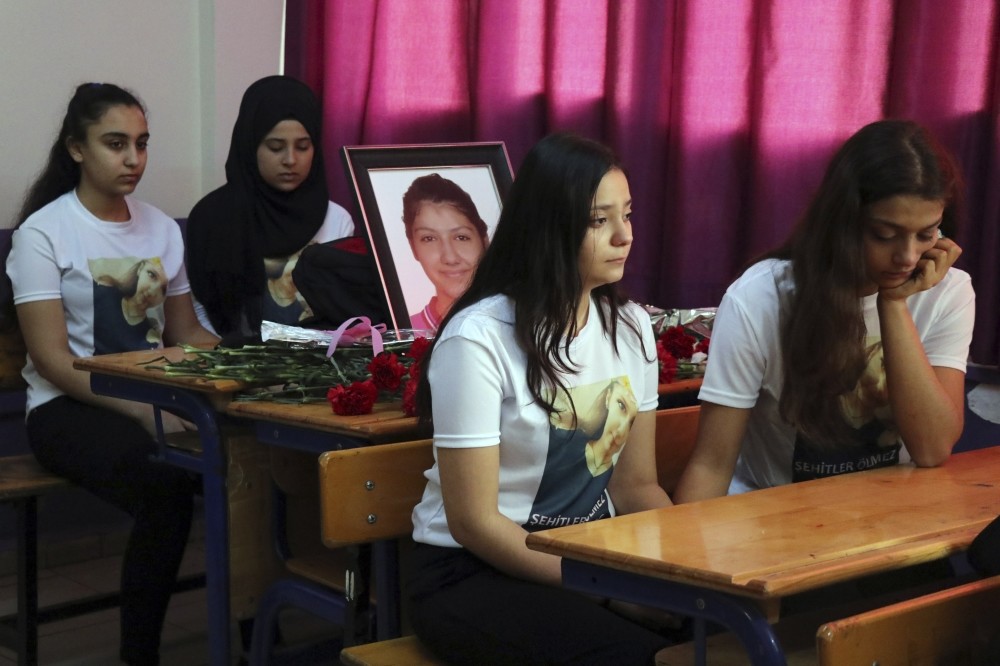 Classmates of Fatma Avlar, the victim of a rocket fired by the People's Protection Units (YPG) terrorists at the Reyhanlı district of Hatay province on Jan 31., honored the teenage victim on Tuesday by leaving carnations on her desk, following the beginning of the semester after a one-week break due to the threat of terrorism.

The PKK terrorist group's Syrian branch the YPG has killed a total of seven civilians and injured 113 in Turkey's border provinces of Hatay and Kilis since Jan. 21, the day after Turkey launched a counter-terrorism operation across the border in Syria.

The YPG's ultimate aim is to establish an autonomous region in northern Syria by connecting the northwestern Afrin canton to the Kobani and Jazeera cantons in the northeast, which the Turkish government considers a "terror corridor.".

In the face of growing security threats, Turkey launched Operation Olive Branch on Jan. 20 to eliminate the YPG from along its border. Turkish officials are resolute in the fight against the PYD and YPG to prevent a terrorist corridor along the Syrian border.

The PKK and its Syrian affiliate PYD and YPG are both listed as terrorist groups by Turkey, while the U.S. and EU recognize the PKK as a terrorist group, but not the PYD or YPG, despite their acts of terrorism.