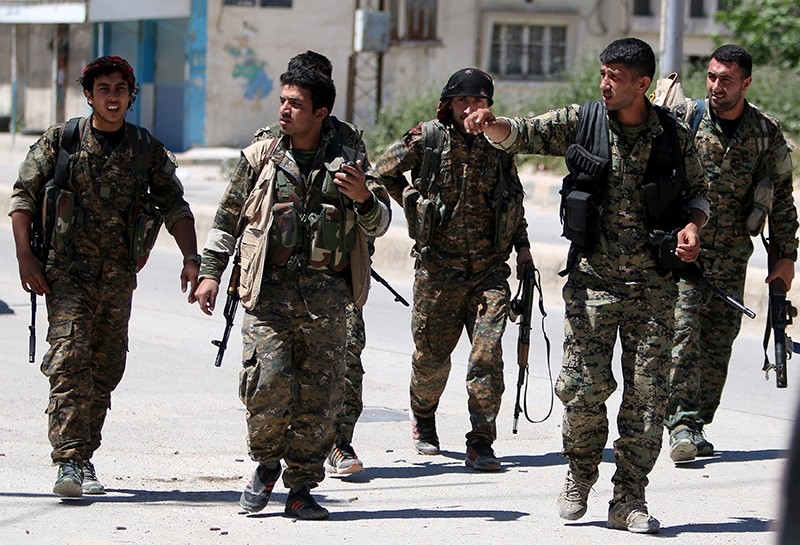 A People's Protection Units (YPG) terrorist in Turkish custody said the group recruited new members for a meager sum of $100 a month.

In his testimony to the Public Prosecutor's Office in southern Hatay province, 17-year-old A.S.T, identified only by his initials, said he had received warfare and ideological training for three months in Syria's Derik region by terrorists codenamed Agit and Renans.

In the statement which Anadolu Agency saw, he said he had joined the terror group two years ago when he was 15 years old.

He said that trained recruits were deployed near the Syria-Turkey border.

The terrorist added they were trained on suicide missions, sabotage and bombings in Manbij, where he had also seen U.S. soldiers.

He said that the group aimed to prevent civilians in Syria from fleeing to Turkey but Turkish Armed Forces (TSK) caught them during their surveillance trips in the region.

"There were tank and artillery shootings, seven people with me died. Only I survived. Then I got caught," he said.

He also added that Turkish soldiers did not harm any terrorist if they surrendered and conducted the operation lawfully.