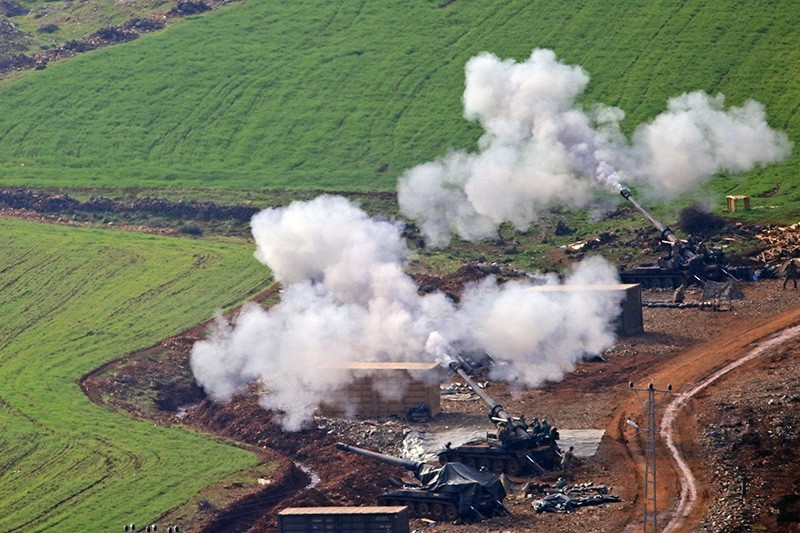 At least 1,551 terrorists have been "neutralized" since the beginning of Operation Olive Branch in northwestern Syria's Afrin, the Turkish military said Friday.

So far, 32 Turkish soldiers have been killed in action, as well as nine civilians killed by indiscriminate shelling of Turkish border towns and cities by People's Protection Units (YPG) terrorists.

Meanwhile, Turkish military and Free Syrian Army (FSA) on Friday liberated two more villages in northwestern Syria from PKK/YPG terrorists. According to Anadolu Agency correspondents on the ground, the villages of Hassan Kalkawi and Jalma near Raju town in Afrin were cleared from terrorists during ongoing Operation Olive Branch.

Since the beginning of the operation on Jan. 20 to remove the PKK/PYD/YPG/KCK and Daesh terrorists from Afrin, 65 different strategic areas have been captured from the clutches of terrorists.