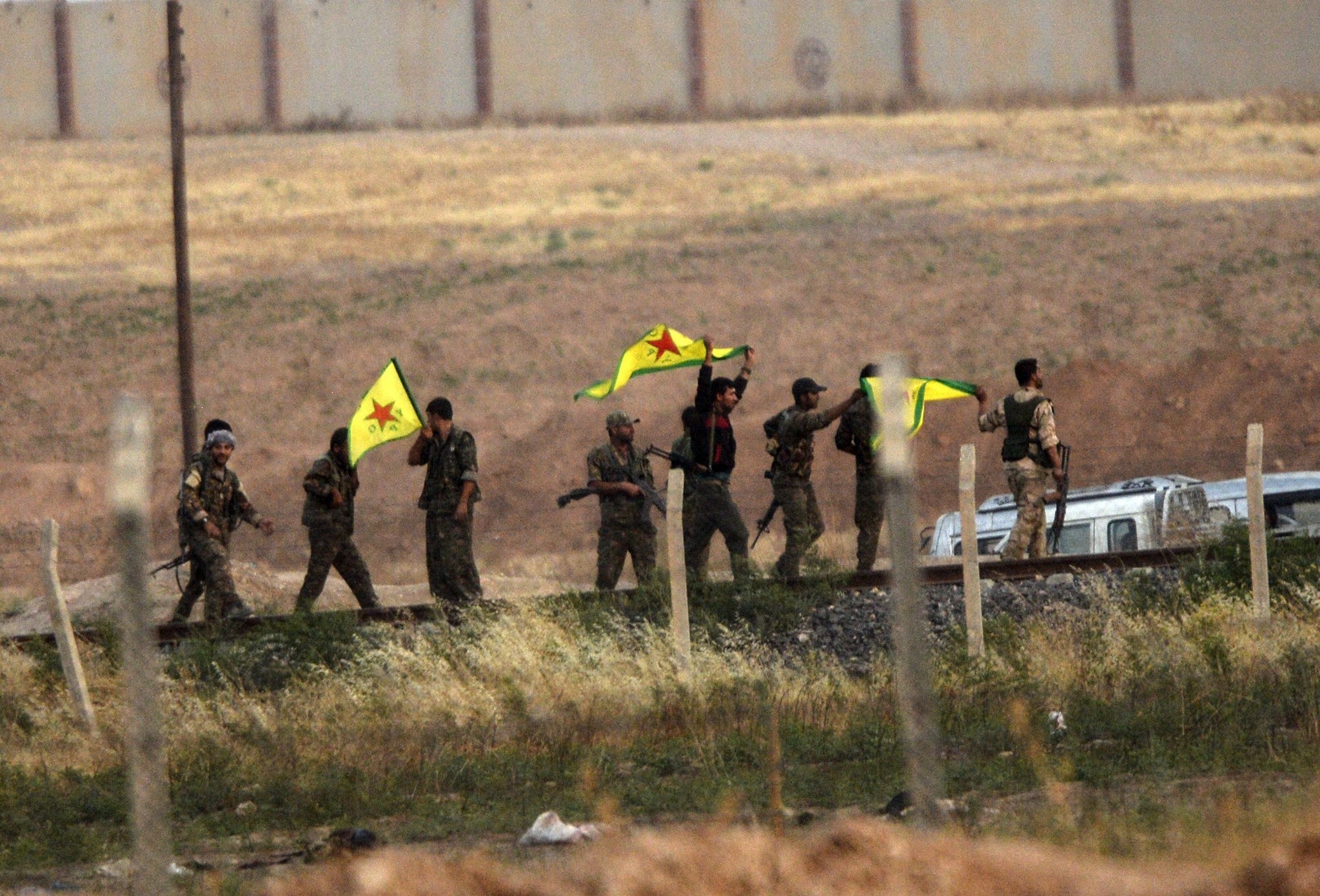 The U.S.-backed Democratic Union Party (PYD)'s armed wing People's Protection Units (YPG) terrorists and the government of Bashar al-Assad have agreed for the regime army to enter Syria's Afrin to fight together against Turkish forces, a YPG member told Reuters.

Badran Jia Kurd, an adviser to the so-called YPG administration in north Syria, said the Assad forces are expected to be deployed along some borders and could enter the Afrin region within the next two days. He did not say how many regime soldiers would participate as part of the deal.

He said the understandings between the PKK's Syrian affiliate and the regime are only "military" at this point but that political talks would also take place later on.

Syrian state media said Monday that pro-Assad forces will begin entering Afrin "within hours," after reaching an agreement with the YPG terrorists in control of the region.

The two sides have mostly avoided direct conflict since the start of the Syrian crisis and both have at times suggested a long-term agreement between them might be possible, but they have also sometimes clashed and espoused utterly different visions for Syria's future.

The U.S. administration has yet to comment on the agreement between its partners in north Syria and the forces loyal to Bashar Assad, who has presided over killings on a massive scale in order to retain power.

Afrin has been a major hideout for the PYD since July 2012, when the Assad regime in Syria left the city to the terror group without a fight.

The operation is being carried out under the framework of Turkey's rights based on international law, U.N. Security Council resolutions, its self-defense rights under the U.N. charter, and respect for Syria's territorial integrity, it said. The military also said only terror targets were being destroyed and that the "utmost care" is being taken to not harm civilians.