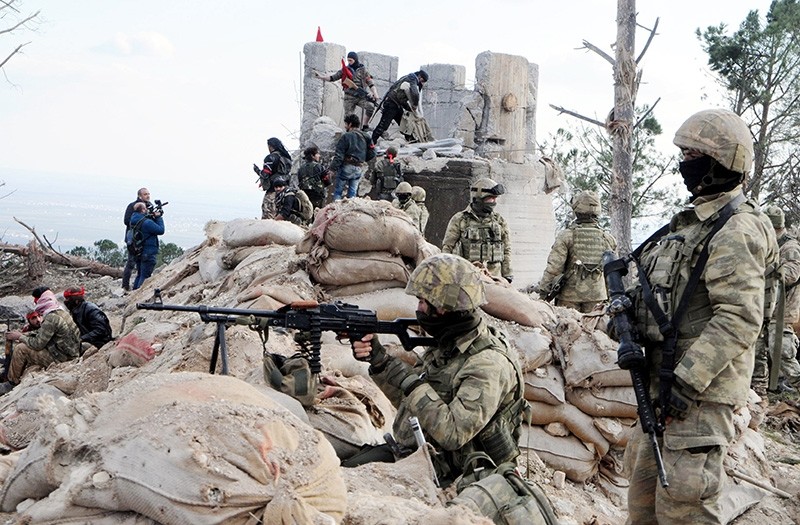 According to Anadolu Agency correspondents on the ground, Turkish troops and FSA cleared Hallubi Kabir village in Afrin's northeast from the PKK-linked People's Protection Units (YPG) terrorist group, and took control of a dam which provides water to Azaz and Afrin regions.

The western part of the dam, however, is still under control of terrorists.

The dam, known as April 17 Dam, is the only source that provides clean water and electricity to Afrin.

Later in the day, Kurt Farmez village was cleared in the Jandaris district.

Since the beginning of the operation, the Turkish military and the Free Syrian Army have liberated 161 locations, including five town centers, 124 villages and 31 strategic areas.

The military also said Friday that 3,149 terrorists have been "neutralized" since the beginning of the operation.