With YPG retreating, locals begin to return to Afrin 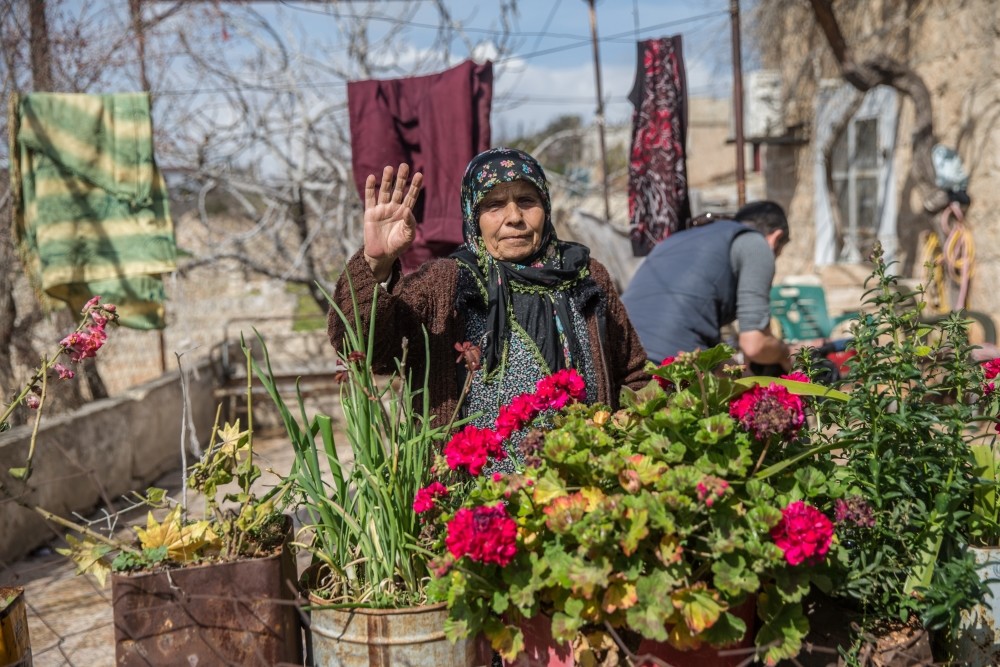 Meleknaz Musalli, 67, a Syrian Kurdish, said she hopes Afrin will be liberated from the YPG as soon as possible.
by Anadolu Agency Mar 17, 2018 12:00 am

Many displaced Kurdish and Arab families have already started to return to their homes in the newly-liberated areas. They are being assisted by the Turkish Armed Forces (TSK) and the FSA. A large number of civilians recently flocked to the district of Sheran, located northeast of Afrin.

Humanitarian efforts by the forces taking part in Operation Olive Branch have also picked up the pace, as they provide much-needed medical assistance to villagers and help improve their living conditions.

Aziz Ahmed, one of the many Syrian Kurds who suffered under the PKK's Syrian affiliate, the People's Protection Units (YPG), said: "Thank God our region is finally free from terrorism. We believe everything is going to be all right from now on."

He said the YPG forced civilians, including women, to take up arms and punished those who resisted, including himself. "When the terrorists were here they constantly persecuted people. I was arrested several times as I opposed them but I managed to escape," he said. "When the operation [Olive Branch] started the terrorists gave us weapons and forced many to fight but we did not accept it."

Ahmed said the civilians were waiting for a long time to be liberated and were happy when they heard about Operation Olive Branch.

He added that the terrorists have prevented civilians from leaving the besieged Afrin city center, using them as human shields against the TSK.

"Right now we have relatives who want to get out of there, but the terrorists do not allow them to leave. They've surrounded them and are threatening to shoot them. They know that Turkey would not shoot civilians. This is why they are using civilians to protect themselves," he said.

Meleknaz Musalli, 67, a Syrian Kurdish, said she is living in peace after the TSK liberated her village. "We hope that Afrin will be rescued as soon as possible. We have relatives there and are scared the terrorists will hurt them," she said.