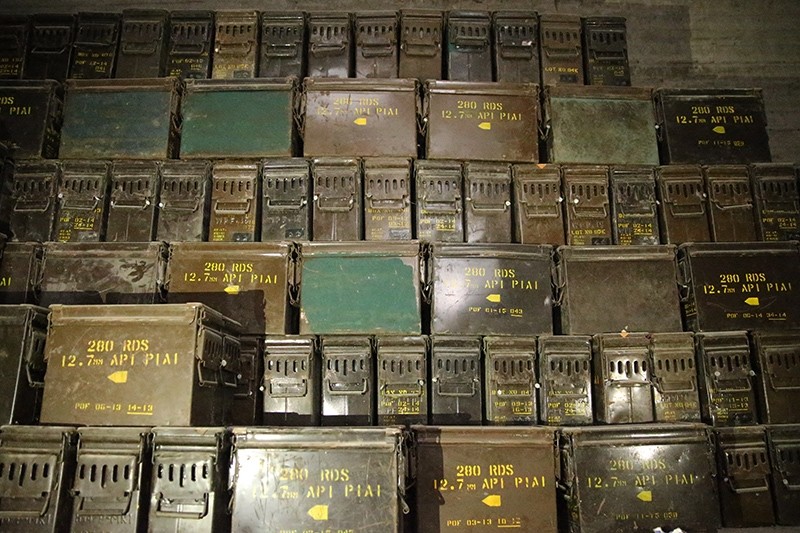 The Turkish Armed Forces (TSK) and the Free Syrian Army (FSA) found the depot during detection operations in the countryside of Afrin city center.

The 150-meter-long depot was found in the village of Cuvek, northwest of Afrin.

Instead of bombing the depot, the Turkey-backed forces entered it and took over its control without harming any of the civilians hiding inside, said the source who refused to be named due to restrictions on speaking to the media.

In the depot, thousands of U.S. and Russian made anti-aircraft flak and DShK rounds, anti-tank rockets, artillery shells, multiple rocket launcher ammunition and various kinds of tank ammunition and U.S. made TOW rockets were seized.

Also, in the village of Telef, the forces took control of a terrorist training camp where members where indoctrinated.

Photographs and symbols representing the terrorists were posted on the walls.

Turkey on Jan. 20 launched Operation Olive Branch to remove the PYD and the YPG as well as remaining Daesh elements from Afrin.