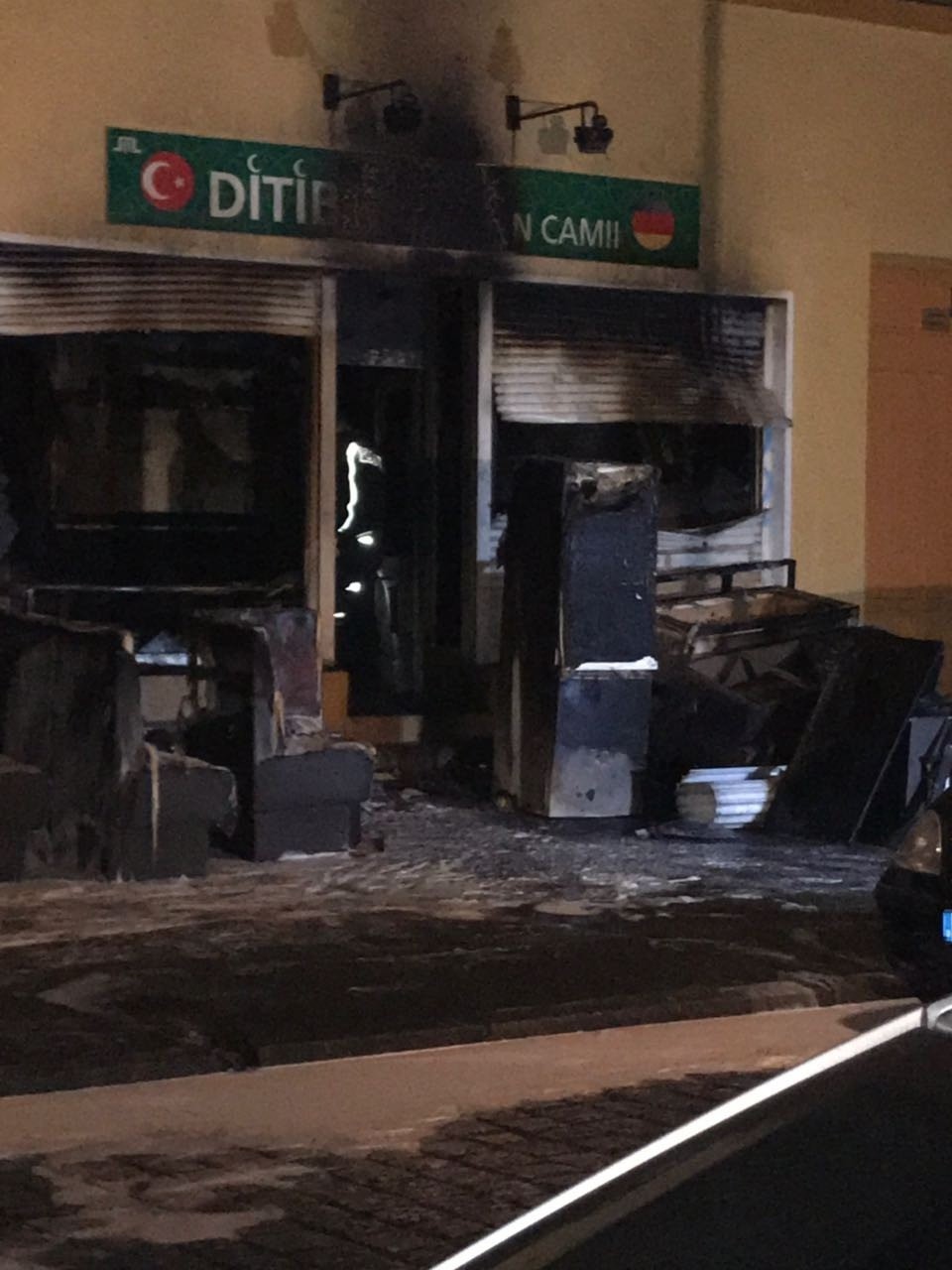 A Turkish mosque was attacked by the PKK terrorist groupu2019s sympathizers in the Reinickendorf district of Germanyu2019s Berlin, March 11.
by daily sabah Mar 19, 2018 12:00 am

The attacks on the Turkish community's establishments by the followers of the PKK terrorist group across European cities has increased by more than 500 percent, according to data compiled by the Political, Economic and Social Research Foundation (SETA). The PKK terrorist group's organization followers vowed to increase their attacks on the Turkish community in Europe after Turkey launched Operation Olive Branch on Jan. 20 to eliminate the PKK's Syrian affiliate, the People's Protection Units (YPG), and Daesh terrorists from Syria's northwestern Afrin province. The data shows that in the first three months of 2017 there were seven violent attacks on Turkish diplomatic missions, NGOs and mosques.

In 2018, however, the attacks saw a 589 percent increase for the same period this year, totaling 61 attacks by the sympathizers of the PKK.

The PKK is listed as a terrorist group by the EU, the U.S. and Turkey. However, some EU countries have ignored the presence of the group in their countries, allowing its followers to hold mass rallies in their cities. The PKK has also used the EU for its financial resources, recruitment and as a safe haven for its leadership.

Among the attacks this year, the data showed that the most attacked establishments were mosques, built and maintained by the Turkish community, across Europe.

A statement released by the radical European leftists and the Apoist – followers of Abdullah Öcalan – Youth Initiative Europe (AGİA), recently said, "If no one wants to listen to us, we will put every single city of Europe to ashes. No matter how and no matter what is burning on this day, Europe must understand that we will not let Afrin fall," calling on EU states to oppose Turkey's operation in Afrin.

Calling supporters to carry out "more radical and organized actions in the heart of capitalism," the statement called for attacks in Europe on Turkish embassies, the Union of European Turkish Democrats (UETD), Turkish individuals and their businesses, state institutions, offices of Germany's ruling Christian Democratic Union (CDU), the Social Democratic Party (SPD), police stations and courts.

The rise of PKK violence has also increased concerns among Europeans, who are now affected by the disorder and violence that PKK sympathizers carry out in their cities.