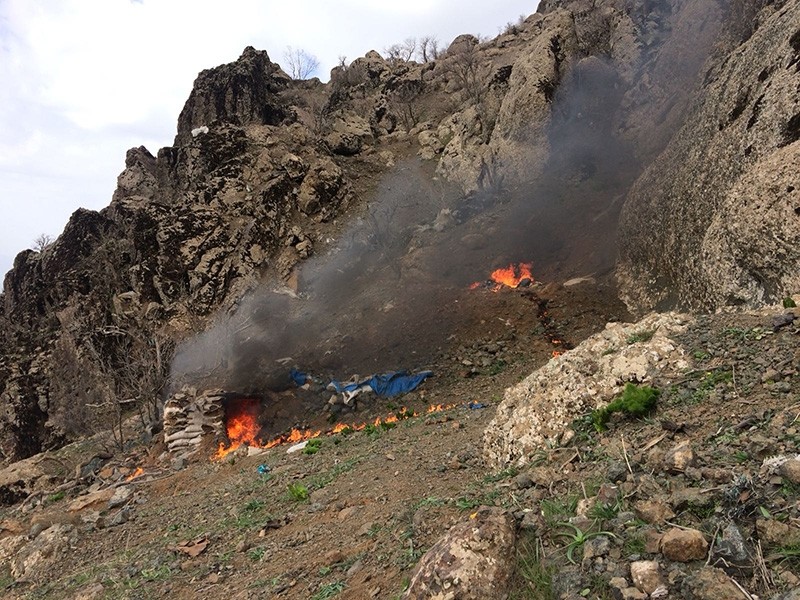 The terrorists, who were plotting an attack, were neutralized as part of ongoing air operations targeting PKK camps since March 10, said the sources, who asked not to be named due to restrictions on talking to the media.

At least 15 caves and 30 shelters used by terrorists were also destroyed, the sources added.

Earlier, Turkish General Staff said in a statement that 12 PKK terrorists were killed in Hakurk region of northern Iraq on Tuesday.