Anti-tank weapons delivered by US in Iraq, Syria nabbed from PKK in southeastern Turkey’s Şırnak 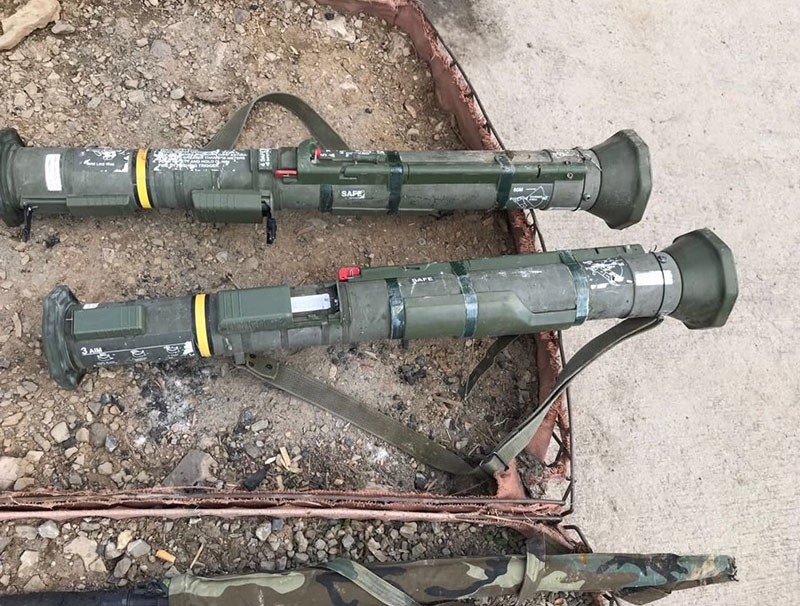 Turkish security forces captured two Swedish-made AT-4 anti-tank weapons during operations against the PKK terrorist group in the Şırnak province of southeastern Turkey.

On its official Twitter account, the Turkish General Staff released the picture of the weapons that were captured in Andaç village of Uludere district bordering northern Iraq, where the PKK terrorist group maintains a significant presence.

The man-portable AT-4s, built in Sweden by Saab Bofors Dynamics, are among the world's most used light anti-tank weapons.

AT-4s are among the weapons delivered by the U.S. to the Syrian Democratic Forces (SDF), which is dominated by the PKK's Syrian offshoot the Democratic Union Party (PYD) and its armed wing the People's Protection Units (YPG).

The area where the weapons were captured is some 90 kilometers (56 miles) northeast of the territory controlled by the YPG in northeast Syria.

Iraqi government forces were also the recipients of AT-4s in their fight against Daesh, but the weapons might as well have ended up in the hands of Iran-backed militia groups.

Turkey has long objected U.S. support to the PYD and YPG in the pretext of fighting Daesh terrorist group, saying that these groups have organic ties to the PKK, which is recognized as a terrorist group by the U.S., the EU and NATO. Ankara proposed an active partnership with the U.S. on the ground in Syria, which has not borne fruit so far, instead of U.S. policies that have jeopardized regional security by arming terrorist groups and militia organizations. It is estimated that 5,000 truckloads and 2,000 planeloads of weapons have been delivered to the SDF by the U.S.

Weapons delivered to the SDF to fight Daesh have been used in numerous attacks by the PKK against Turkish military inside Turkey's borders as well as cross-border attacks. A large stockpile of U.S.-made or coalition-made weapons were also seized during Operation Olive Branch in northwestern Syria's Afrin despite the fact that the region, handed over to YPG terrorists by the Assad regime in 2012, has never experienced a significant Daesh threat.

Prior to their eradication, Daesh terrorists often released photos and footage portraying their use of weapons delivered by the U.S.