Like many US officials, Bolton, too, acknowledged link between YPG and PKK 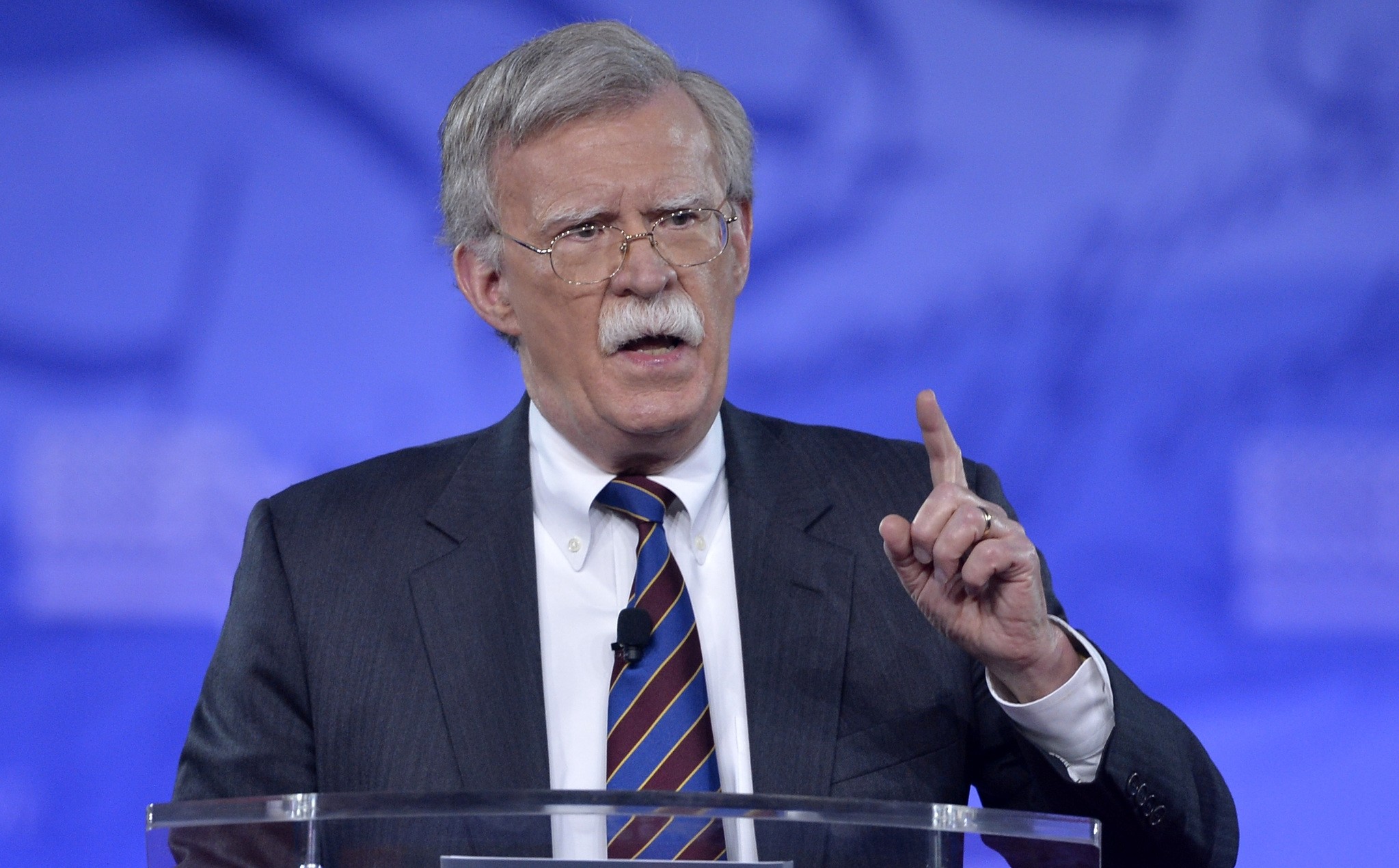 This file photo taken on February 24, 2017 shows former US Ambassador to the UN John Bolton speaking to the Conservative Political Action Conference (CPAC) at National Harbor, Maryland. (AFP Photo)
by Daily Sabah with AA Mar 23, 2018 12:00 am

Appearing on Fox News on March 14, Bolton was asked about the U.S. supporting groups in Syria, such as the terrorist YPG which is the armed group of the Democratic Union Party (PYD), also known as the Syrian affiliate of the PKK.

"This is, I think, part of the inadequate strategy from [Barack] Obama that unfortunately the Trump administration continued," said Bolton, a former U.S. ambassador to the UN.

"We supported the Kurds, we supported the Iraqi government … to defeat Daesh," Bolton continued. "But what we didn't adequately recognize is that these particular Kurdish forces are allied with a Marxist Kurdish group inside Turkey, that the Turkish government has been fighting for many years," later specifying, "the PKK, as they're known."

Bolton went on to say that arming YPG terrorists, which function in large part under the Syrian Democratic Forces (SDF) under the pretext of fight against Daesh, is an "indication of how complicated the circumstances were and how I don't think that the original anti-ISIS [Daesh] strategy was well thought out."

The US didn't recognize that the Kurdish forces in Syria are allied with the Marxist PKK group inside Turkey, that the Turkish gov't has been fighting for many years, incoming US national security adviser John Bolton sayshttps://t.co/QUtW7hgfEY pic.twitter.com/cWIBmfJOkl

This is not the first time Bolton has acknowledged the affiliation between the two terror groups. In a piece he wrote for the Wall Street Journal dated June 28, 2017, the new U.S. security adviser said that "Kurdish forces [YPG] fighting ISIS are linked to the Marxist PKK in Turkey," using an acronym for the Daesh terrorist group.

"They pose a real threat to Turkey's territorial integrity," he added.

Since the Obama administration, the U.S. has supported and even armed the terrorist YPG/PKK, calling it an "effective ally" against Daesh.

The Trump administration has largely continued that policy, despite Turkey documenting how the group is the Syrian branch of the PKK, a group recognized as terrorist by the U.S., EU, and Turkey.

Despite objections by some, many intelligence and government officials have acknowledged the PKK-YPG link in the past.

Back in February, U.S. Director of National Intelligence Dan Coats admitted that the YPG was "the Syrian militia" of the PKK in the annual report "Worldwide Threat Assessment of the U.S. Intelligence Community," which defines threats to U.S. national security in 2018.

Assessing the situation in Syria, Coats acknowledged the link between the YPG and PKK. He went on to say that the YPG "probably will seek some form of autonomy [in northern Syria] but will face resistance from Russia, Iran, and Turkey."

This confirmed Ankara's concerns that the PKK's Syrian affiliate Democratic Union Party (PYD) and its YPG militia seek to create a "terror state" along Turkey's 822-kilometer border with Syria.

Despite the previous U.S. administration's insistence on recognizing no direct link between the PKK and the PYD and its YPG, former U.S. Secretary of Defense Ashton Carter also confirmed the link between the groups while testifying before a Senate panel in April 2016.

After acknowledging the link between the PKK and the PYD, Carter confirmed that the PKK is a designated terrorist group by the U.S., Turkey and the EU.

The CIA has also officially stated that its sees the PYD, whose former co-chair is Salih Muslum, as the Syrian affiliate of the PKK. Under its "The World Factbook" section and Syria subcategory, the agency listed the Syria-based PYD as a PKK branch under foreign-based terrorist groups. The page was last updated on Jan. 23, 2018.

Previously, Muslum also implicitly accepted that there were hundreds of PKK militants in the ranks of the YPG.

The fact that the CIA connects the YPG and PYD with the PKK, besides confirming the U.S.' open support for a terrorist group, is also legally problematic for the U.S., as it is against U.S. law, as 18 U.S. Code § 2339B on providing material support to designated foreign terrorist organizations clearly states: "Whoever knowingly provides material support or resources to a foreign terrorist organization, or attempts or conspires to do so, shall be fined under this title or imprisoned not more than 20 years, or both, and, if the death of any person results, shall be imprisoned for any term of years or for life."

Similarly, the profile page for the PYD on the U.S. National Counterterrorism Center (NCTC) website also describes the group as the Syrian affiliate of the terrorist PKK-KONRA-GEL (KGK). However, the page was blocked to access hours after news regarding the page went viral.

The U.S.' continuous support for the Syrian Democratic Forces (SDF), which is dominated by YPG terrorists, has long been a cause of tension between Ankara and Washington.