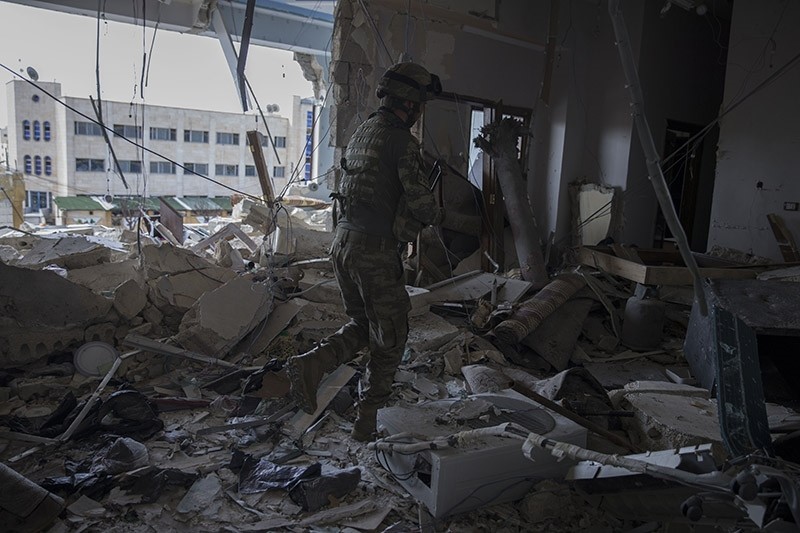 On March 18, Turkish-backed troops liberated the town center of Afrin, which had been a major hideout for the YPG/PKK since 2012.

Afterwards, the Turkish military began security sweeps for mines, improvised explosive devices, and terrorist hideouts to wipe out any traces of terrorism so residents can resume their normal lives.

The former terrorist headquarters included meeting rooms, pictures and symbols of jailed PKK head Abdullah Öcalan on the walls -- underscoring that the YPG/PKK is the PKK's Syrian branch -- and other propaganda materials of the terrorist group.

In some parts of the building, the military found explosives planted by the terrorists.

A printing press was also found, along with numerous books and other publications of the terrorist group, including propaganda books for elementary school students.

The Turkish military is continuing its security sweeps for mines and terrorist hideouts in Afrin's city center.

The Turkish General Staff has repeatedly stated that the objective of Operation Olive Branch is to establish security and stability along Turkey's borders and the region as well as protect Syrians from terrorist cruelty and oppression.