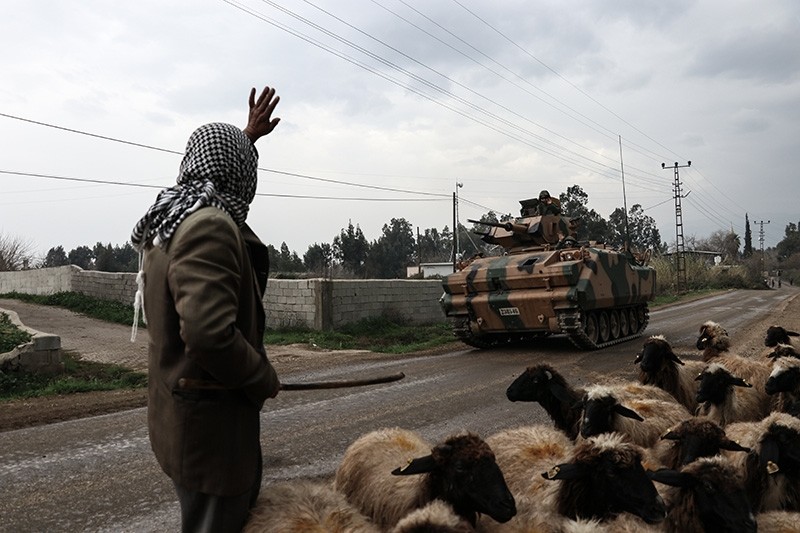 The Turkish military said that all villages located in the Afrin region were cleared of terrorists.

Earlier on Saturday, Chief of General Staff Gen. Hulusi Akar said that only a few villages were left before the region was secured completely, adding that the counter-terror operation could have been completed days ago were it not for Turkey placing utmost importance on not harming any civilians.

The chief of staff also added that numerous informative leaflets in the Kurdish and Arabic languages were distributed to civilians in the area.

"We will continue until the last terrorist is neutralized," Akar said.

When asked about the underground tunnels and structures in Afrin, at a conference titled "Turkey and the World Security Policies and Education," Akar said: "[Building of] these shelters are not the work of terrorists. Without a state mastermind, an engineering service and a project, there is no possibility of doing such a thing on their own."

As part of Operation Olive Branch, launched Jan. 20 to clear the PKK's Syrian-affiliated People's Protection Units (YPG) and Daesh terrorists from the Afrin region, Turkish Armed Forces (TSK) and the FSA entered Afrin town center and liberated it from terrorists on March 18.

Turkish and FSA units then focused on the remaining villages in the region.