YPG will be cleared from all parts of northern Syria, Turkey tells US 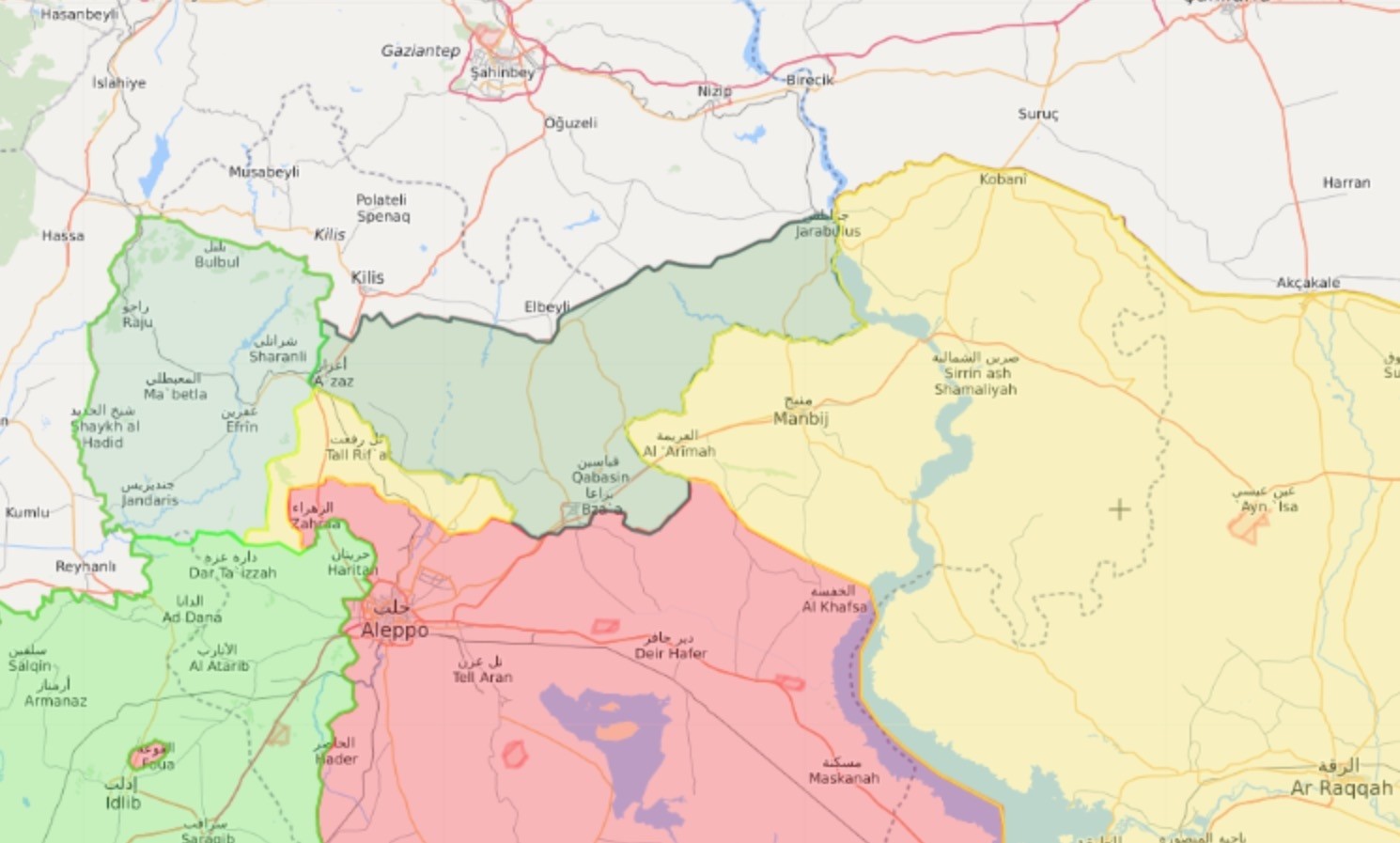 Ankara and Washington continue talks on Manbij, one of the most debated issue between two NATO allies, to find common ground to end U.S. support for the PKK-affiliated groups and drawing a map road for the post-YPG period

Ankara has been looking to find common ground with Washington on the withdrawal of the PKK-affiliated People's Protection Units (YPG) from Manbij and areas east of the Euphrates River under the control of the group where there is also a U.S. military presence for the pretext of the fight against Daesh. Speaking at an event in Istanbul's Bağcılar district, President Recep Tayyip Erdoğan said on Friday that he discussed the ongoing counterterrorism operation against the YPG with U.S. President Donald Trump on Thursday, and with Russian President Vladimir Putin on Wednesday.

He said that Turkey will not step back in its counterterrorism operations and will continue to protect the victims of the Syrian war. "The work won't stop in Afrin, there is also Idlib, Manbij," Erdoğan said, signaling the continuation of Operation Olive Branch against the YPG, while also reiterating Turkey's determined stance to eliminate PKK threats to its national security. The northern Syrian city of Manbij has been one of the most hotly debated points of contention between Ankara and Washington. In Idlib, however, the Turkish military established observation points last October to monitor the cease-fire in the de-escalation zones.

According to the Astana agreement, reached between Turkey, Russia and Iran last year, Turkey is projected to gradually establish 12 observation points, from Idlib's north to south.

As part of recent rapprochement between the two NATO allies, Ankara looks to establish an agreement that would lead to the withdrawal of the YPG from Manbij and the future administration of the city.

Foreign Minister Mevlüt Çavuşoğlu said earlier this month that there has been a mutual understanding on the need for a road map, but no deal has been finalized yet with the U.S..

According to Turkish officials, Turkish and U.S. troops would ensure security in Manbij once the YPG withdraws and the two countries would monitor the withdrawal process.

Ankara has been arguing that the future administration of Manbij should reflect the demographics of the province, determined according to a census before the civil war broke out and the YPG took control, which was predominantly Arab.

Çavuşoğlu said the same model will be applied to other regions afterwards, including in those east of the Euphrates River and Raqqa.

A U.S. State Department spokesperson on Thursday said that the U.S. has no intention to leave Manbij."U.S. forces are located in Manbij. We have made it very clear with the Turkish government that we continue to operate there," Heather Nauert said in a press conference in response to a question about the U.S. position on Manbij.

Meanwhile, Foreign Ministry spokesman Hami Aksoy said on Friday that Turkey reached an understanding with the U.S. during the meetings on March 8-9 and an undersecretary might visit Washington to try

to find common ground on Manbij. Speaking at a press conference in Ankara, Aksoy reiterated that Turkey expects solid steps from the U.S. and that Foreign Ministry Undersecretary Ümit Yalçın might visit Washington next week for talks on Manbij.

Çavuşoğlu said Ankara is aware of Trump's eagerness to normalize relations, but added that "he should be handling the system fully" to do so.

The conversation marks the third time the two presidents have spoken since November 2017, and it was two months since their last call.

"President Donald J. Trump spoke today with President Recep Tayyip Erdogan of Turkey to reaffirm the importance of strong relations between the United States and Turkey, as NATO allies and strategic partners, and to exchange views on regional developments," a statement from the White House said.

Touching on the possible implications of the ouster of National Security Adviser H.R. McMaster on ties, Aksoy said that continuity and maintaining dialogue is fundamental.

After former State of Secretary Rex Tillerson's visit in February, Ankara and Washington agreed to establish joint working groups to overcome their differences, particularly the U.S.' support for the YPG in Syria, the Gülenist Terror Group (FETÖ) and Iraq.

The decision on Manbij was discussed on March 8-9 between the working groups from both countries in Washington.