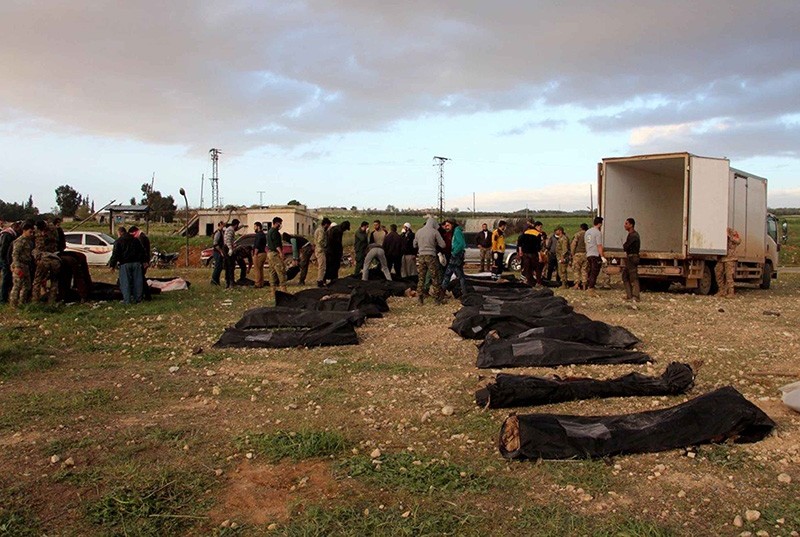 FSA fighters found the grave in recently-liberated Kucuk Meydan village during search efforts after getting information from the YPG/PKK terrorists held in Afrin.

Twenty-nine identified bodies were buried in Azaz district, while efforts are underway to ascertain the identities of 30 other bodies.

Eighty members of the FSA had been killed in Ayn Daqna village located in the north of Tal Rifat city after they launched an operation to retrieve the village back from YPG/PKK terrorists at the beginning of 2016.

The terror group roamed around the city by carrying the bodies of 60 FSA members in trailers and trucks and did not hand over the bodies back to their families.