US failure to keep track of its arms aiding Daesh, PKK 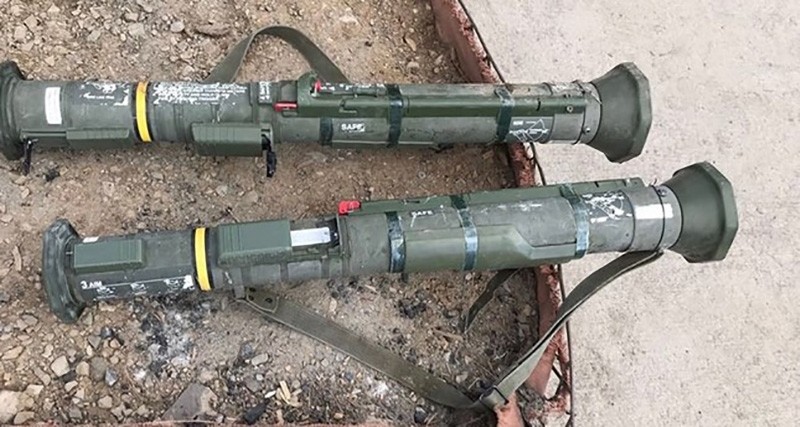 The United States' failure to keep proper track of its weapons in Syria and Iraq, which many times resulted in its arms ending up in possession of Daesh and PKK, is likely to deepen tensions with Turkey.

The U.S. has been directly arming the PKK-linked People's Protection Units (YPG) terrorists in northern Syria, in what it claims is a bid to fight the Daesh terror group. The U.S. has promised its NATO ally that it will recollect the arms it handed to the YPG, but Turkey has a long list of valid reasons to doubt that will happen.

On March 20, President Recep Tayyip Erdoğan slammed its NATO ally, saying, "You did not give us weapons when we asked for them but gave them to terrorists instead. Now, that ammunition is in our possession."

While the U.S. may be directly arming the YPG, it previously armed its enemy, Daesh, and the PKK, which it recognizes as a terror group, through lax weapons dealing with in Iraq, a recent report in Asia Times outlined.

Since mid-2016, Turkish forces have captured eight U.S.-made AT-4 anti-tank missiles from the PKK in Turkey's southern provinces of Hakkari and Şırnak. Some of these were easily traced back to Iraq, based on the lot number matching AT-4 missiles in Iraq, documented by Conflict Armament Research (CAR) in 2016.

"It is likely that the weapons were procured by the United States to Iraqi security forces before being captured by Islamic State forces," CAR Head of Regional Operations Damien Spleeters said, using an alternative name for Daesh.

"The sighting of such weapons bearing identical lot number to an AT-4 recovered from PKK forces in Turkey makes it likely the items shared part of their supply chain."

It is widely reported that in 2015, the U.S. gave the Iraqi government 2,000 AT-4s and the Peshmerga 1,000, each rocket capable of destroying a small building or a Cold War-era tank. However, the quick changing of hands suggests controls failed to monitor who received the weapons, and whether or not they were gifted elsewhere.

When asked how weapons ended up in PKK hands, Col. Ryan Dillon, spokesperson for U.S. operations against Daesh in Syria and Iraq, said, "We cannot speculate on equipment that may be lost on the battlefield."

The AT-4s are hardly the first time weapons have been passed through undesirable hands. In 2017, declassified Department of Defense files showed the U.S. had lost track of over $1 billion in arms and military equipment in Iraq and Kuwait alone. Some of it was easily confirmed to have been passed to militant groups, such as one Abrams battle tank pictured being used by Iraqi militias in 2014 that sparked huge controversy in the Department of Defense.

Not only is the lack of accountability sobering, the U.S. has repeatedly used a loophole to global arms standards to continue its dirty dealing.

Sweden and the U.S. are the only countries that manufactured the AT-4, under contracts governed by end-user agreements, an international standard intended to prevent the proliferation of weapons to unauthorized groups.

When the Turkish Armed Forces disclosed photos of the eight missiles it seized from the PKK, Swedish arms export authority confirmed all were produced in the U.S. and asked the U.S. for an explanation. The U.S. responded by saying the weapons were produced under a 1982 contract predating end-user agreements.

Technically, AT-4s produced before end-user agreements became common in the mid-1980s can be shipped anywhere without restriction, allowing the U.S. to arm who it pleases, without regard to end consequences.

With the U.S.' irresponsible doling out of weapons, the likelihood it will be able to recollect them is slim.