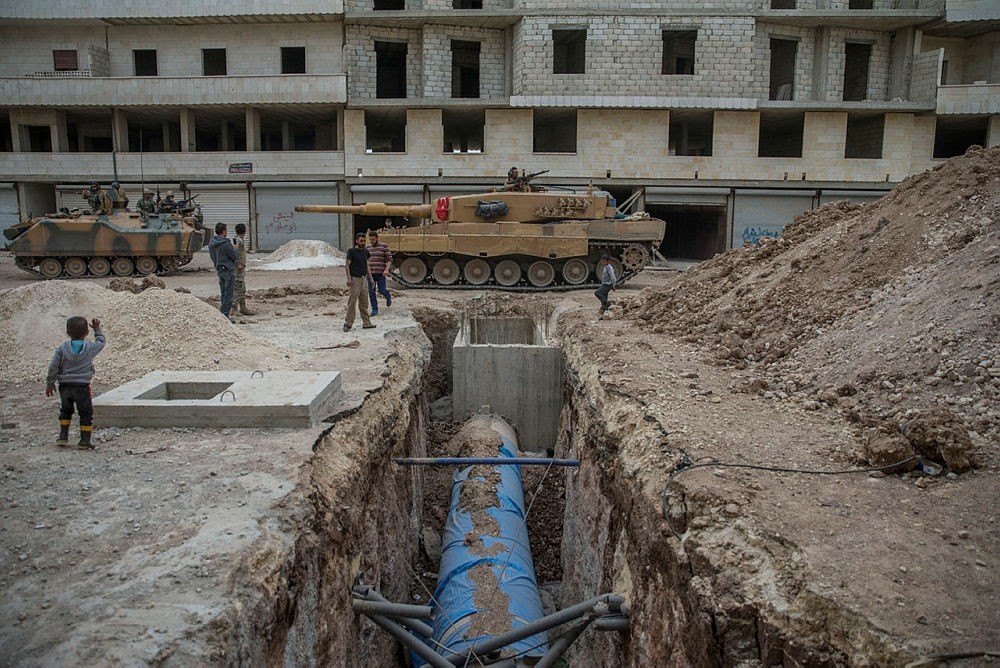 The Turkish military and Free Syrian Army (FSA) on Sunday found concrete tunnels of YPG/PKK terrorists in a villa in northwestern Syria's Afrin.

Packages of humanitarian aid stolen from civilians, documents, and other household materials were also recovered from the house.

Afrin town center was cleared of YPG/PKK terrorists by the Turkish Armed Forces and FSA on March 18.