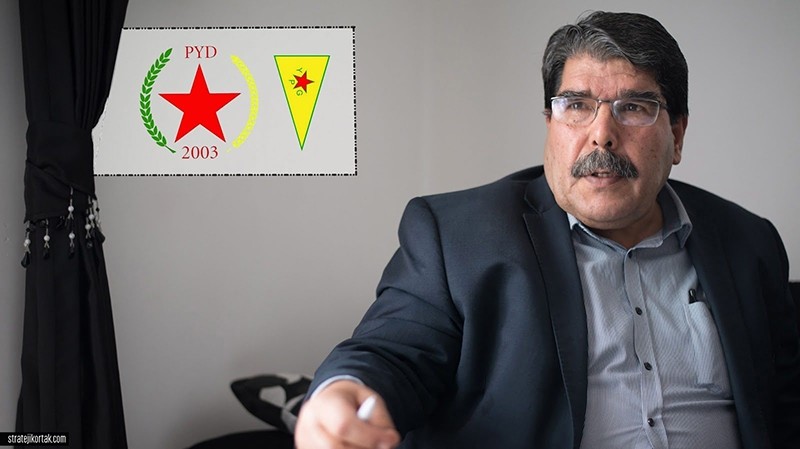 Salih Muslum, the former co-chair of PKK-linked Democratic Union Party (PYD) terrorist group, was on a list of leaders to meet with French President Emmanuel Macron last week, but was excluded at the last minute, a recent report said.

Despite Turkey's request for Muslum's arrest and extradition, a Czech court ruled for his release in late February.

Muslum had planned to meet with Macron in Paris last Thursday along with leaders of the terrorist PKK-linked People's Protection Units (YPG) and Syrian Democratic Forces (SDF), in a bid for French support in northern Syria.

However, given Turkey's international arrest warrant and red notice for Muslum, French protocol authorities, Middle East policy officials and internal security advisors pulled the terrorist leader's name from the list of meeting attendees, according to a report by the Habertürk daily.

Salih Muslum joined the PKK's Syrian offshoot PYD in 2003 and served as its co-chair between 2010 and 2017. The PKK is listed as a terrorist group by the U.S., the EU and NATO.

On Thursday, Macron vowed increased political support to the YPG and SDF in northern Syria, and evidence of increased presence of French troops in multiple terrorist-held areas was observed within days of the meeting.

Turkey has vowed to take initiative to drive YPG and SDF forces out of Syria's Manbij if the U.S. does not keep its promises to withdraw the terrorist group and stop arming them.

"Turkey is very saddened by France's completely wrong approach regarding Syria," Erdoğan said, adding that the remarks of suggesting intermediation between Turkey and the YPG-dominated SDF, if true, were "far beyond one's limit."

"I asked French Foreign Minister Le Drian what they would think if President Erdoğan hosted the leaders of a terror group that attacked France in the Presidential Palace in Ankara," Çavuşoğlu said at a news conference later in the day, noting that PKK terror has led to the deaths of more than 40,000 people in Turkey.