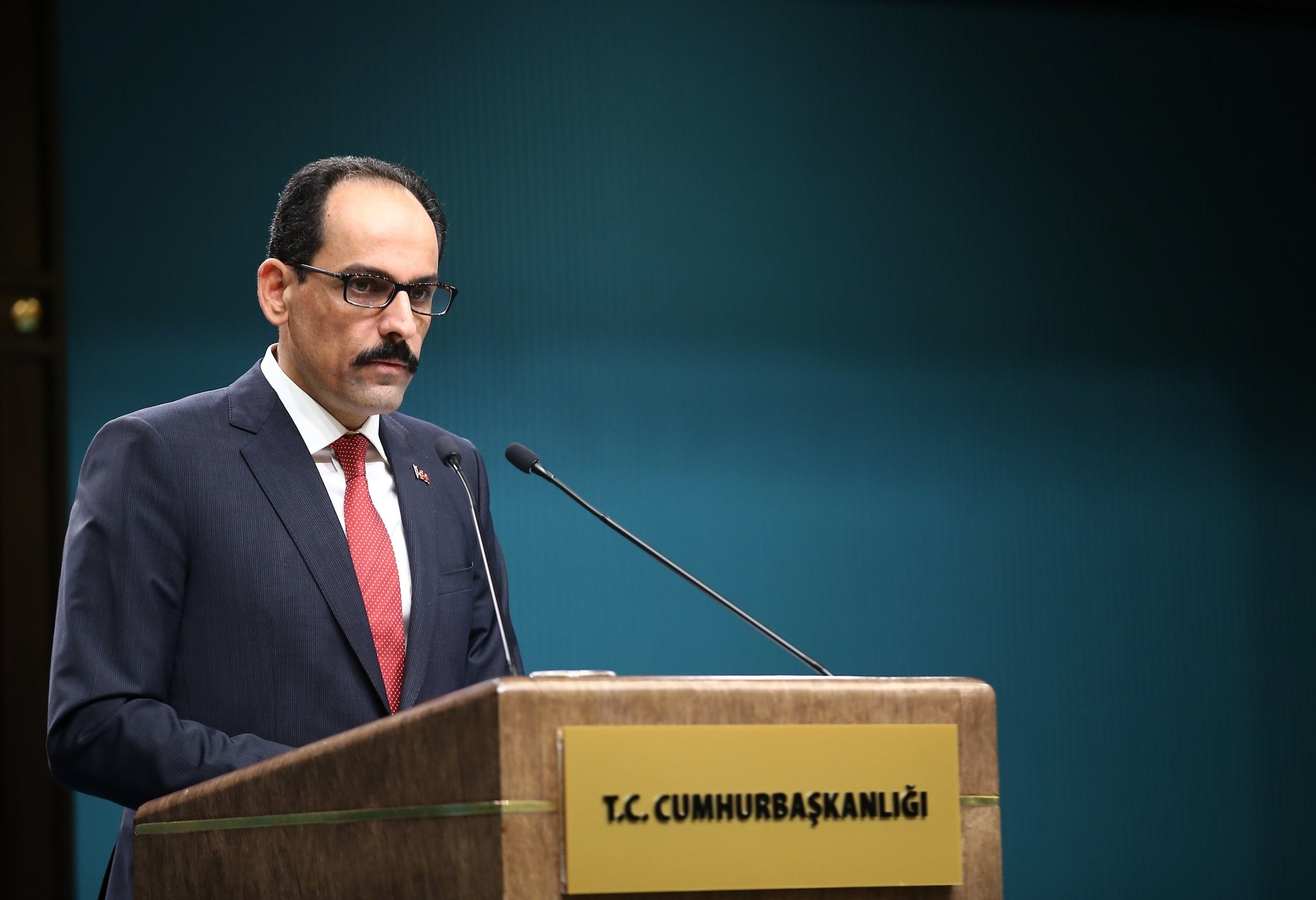 Kalın added that Turkey was trying to verify that information through its sources.

He stressed that Operation Olive Branch will continue until the whole region of Syria's Afrin, including Tal Rifaat, is cleared from terrorist elements.

The presidential aide also warned France not to repeat U.S.' mistakes, when asked to assess reports of French troop deployment in Manbij.

France, like the U.S., will not be able to convince Turkey that the Syrian Democratic Forces (SDF), the YPG and the PKK can be differentiated because Ankara knows the situation on the ground, Kalın said.

On Mar. 18, the 58th day of the operation, Turkish troops and the Free Syrian Army members announced that the city had been liberated.