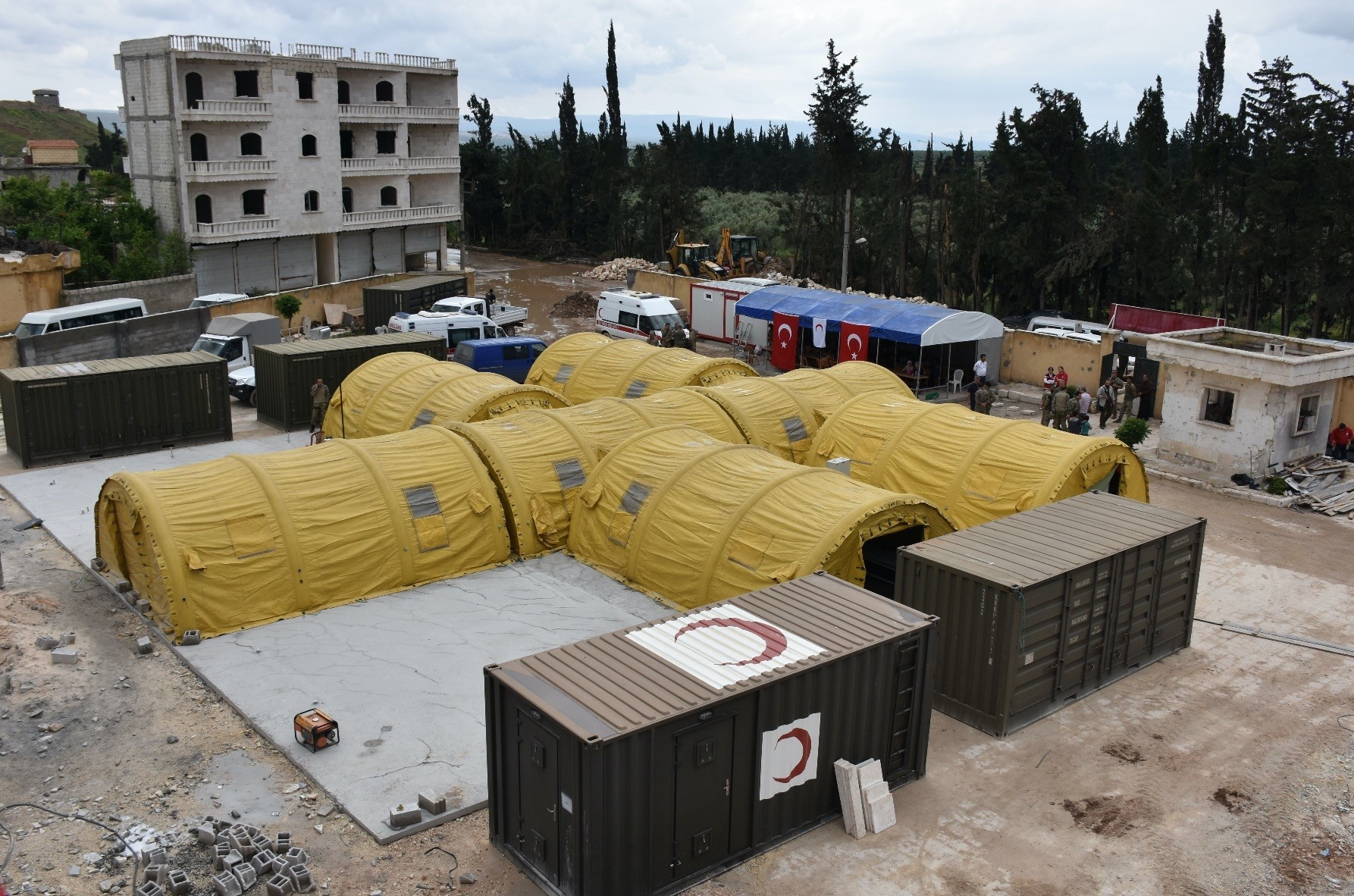 The newly established hospital is providing free drug and treatment facilities as well as laboratory and radiology services. Aside from the department of emergency medical services, anesthesia, eye and general surgery, a dental clinic and department of gynecology are planning to be established. The hospital provides services every day of the week and has capacity for 400 patients.

The people of Jinderes, where TSK and Free Syrian Army (FSA) has cleared the region of terrorist elements, established a local council composed of Kurds and Arabs on April 18 to manage the area and provide local services in the city center. Along with the health services, the TSK has recently begun to provide food for the locals of Jinderes. A mobile oven, set up by Turkish soldiers in the town of Jinderes, is baking thousands of loaves of bread for the locals every day. The bakery on wheels can produce more than 6,000 loaves of bread every day.

Since the war erupted in neighboring Syria, Turkey has sped up efforts to ease the suffering of Syrian civilians. Turkey's first hospital opened in Jarablus in September 2016, after the town was liberated by Operation Euphrates Shield. At the end of last year, the hospital added emergency room service and was expanded to 400 beds. Today, Turkey has two operating hospitals at Al-Bab and Jarablus.

The TSK and FSA launched Operation Olive Branch on Jan. 20, against the PKK-affiliated People's Protection Units (YPG) to remove terrorist elements along the Syrian border. A total of 1,100 square kilometers has been cleared from the threat of terrorism so far. The operation was successfully finalized on 18 March, when the city of Afrin was encircled by Turkish and FSA forces.

Prior to the Afrin operation, the TSK launched Operation Euphrates Shield against Daesh to neutralize terrorist elements in al-Bab, al-Rai, Dabiq and Jarablus. Turkey cleared the area and substantially contributed to the rebuilding process, enabling the return of Syrians to the areas cleared in the operation, during which 1,900 square kilometers was cleared of Daesh and more than 100,000 refugees returned.

The Turkish government rebuilt over 400 damaged schools in Aleppo, where Jarablus is located, enabling 152,000 children to go back to school. The "Jarablus model" is expected to be applied in other liberated areas.